“But What If We’re Wrong? is a book of original, reported, interconnected pieces, which speculates on the likelihood that many universally accepted, deeply ingrained cultural and scientific beliefs will someday seem absurd. Covering a spectrum of objective and subjective topics, the book attempts to visualize present-day society the way it will be viewed in a distant future. Klosterman cites original interviews with a wide variety of thinkers and experts. Klosterman asks straightforward questions that are profound in their simplicity, and the answers he explores and integrates with his own analysis generate the most thought-provoking and propulsive book of his career.”

That sums it up, extremely well. And in typical Klosterman fashion the book is so well written that it makes you hope that you sound half as intelligent when discussing any hypothetical question with friends or otherwise.

It’s classic Klosterman and yet it isn’t. Maybe that’s just me, because most of his other works are relatively light-hearted, but this one tends to get heavy at times. Although I concede that the subject matter is much heavier throughout. The inside cover quote of “most thought-provoking and propulsive,” that’s relatively true. All of Klosterman’s nonfiction is thought-provoking, at just the same intervals, but perhaps at a lesser level. 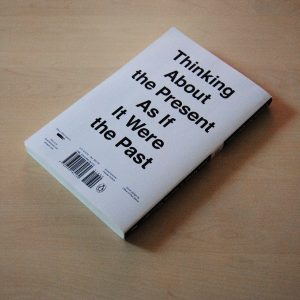 Then again, I wouldn’t expect anything less from the man who came up with “HYPERtheticals.”

But I’ve moved on from the subject at hand, But What If We’re Wrong? is a brilliant book. It reads a lot like a series of podcasts. Klosterman proposes something that could be wrong and then discussions occur with experts and sometimes within his own paragraphs alike about how this could be.

From the heavy sciences like gravity (pun intended) to football and many topics in between, this book takes you on a fantastical journey into the future in order to gain some postulated perspective on the present and the past, with Klosterman at the helm.

But it’s not all looking back at today from a future tomorrow. There are some very intriguing ideas about today that he writes in explanations, that could be separated from the purpose of this book for their own merits.

One of those is about content. “We live in an age where virtually no content is lost and virtually all content is shared. The sheer amount of information about every current idea makes those concepts difficult to contradict, particularly in a framework where public consensus has become the ultimate arbiter of validity. In other words, we’re starting to behave as if we’ve reached the end of human knowledge. And while that notion is undoubtedly false, the sensation of certitude it generates is paralyzing.” And he’s not wrong. It is paralyzing.

He’s also right about today’s television when he writes, “Sports are among the increasingly rare moments of totally unscripted television.”

But he also has fun with this book, in a somewhat self-effacing way. Take this footnote from page 149, “I sometimes think I should have titled this book Aristotle: The Genius Who Was Wrong About Fucking Everything.” or as another example the words between the brackets on page 20.

[I would love to promise that the rest of this book will not be as pedantic and grinding as the previous two paragraphs. I want to believe I won’t spend thousands of words describing why various nouns won’t evaporate into the cultural troposphere. But I can’t make that promise. It’s entirely possible that–two hundred pages from now–I will find myself describing what “food” is, and explaining that food is what we put in our mouths in order to avoid starvation, and arguing that we will always talk about food as something that exists. But take solace in the fact that you can quit at any time. I cannot.] 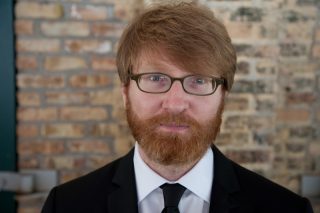 Chuck Klosterman Author of But What If We’re Wrong?

I, for my part, did not quit. I completed the journey and I urge you to do the same. But as a word of caution, I would suggest that if you haven’t read any of Klosterman’s work before, I might consider starting with something a little lighter; Sex, Drugs & Cocoa Puffs, Eating the Dinosaur, Fargo Rocks City, something to get you familiar with his writing style before you do this deep dive. But that’s just a suggestion, because Klosterman is one of those authors, whose books I read without acknowledging the subject matter.

If Klosterman is writing it, I’ll be reading it. And perhaps, you are one of those people, so you should procure your copy of But What If We’re Wrong? today. Or perhaps you’ve never heard of the man, in which case, go get this or any other of his books. From my experience recommending Klosterman to others, you’ll either love it or you’ll pass, but those are pretty good odds, don’t you think?

Read the Secret File of technical information and quotes from But What If We’re Wrong? by Chuck Klosterman.

Things are turning for the bright side.
Even a broken clock is right two times a day.
Whoever wants to reach a distant goal must take small steps.
More Fortunes >