A Swingin’ Book Report on Sinatra: The Chairman by James Kaplan 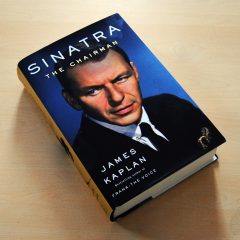 Now, it did answer my one question as to why this book starts with the resurrection of his career in the mid-1950’s instead of at the beginning of his life. But as much as I can (at times) be a completionist, the book I read was the one of the two that I was more interested in.

Also, it was a gift and given it’s length at over 800 pages, I had put starting it off long enough.

Why was I more interested in the second half of his career than the first?

“This is the West, sir. When the legend becomes fact, print the legend,” is a line from the 1962 movie The Man Who Shot Liberty Valance and it is apt for describing journalism. In the case of Frank Sinatra, for as much as Kaplan did his research to attempt to dispel legends and stick to the facts, there is still a lot of blurred lines.

And that is what makes this book an extremely interesting read. Kaplan did his homework, but all the research in the world can’t really decipher the truth from two conflicting stories when both parties are no longer with us. Kaplan does his level best to explain both sides, but what he does more than anything is give you a sincere picture of what was the essence of Sinatra. 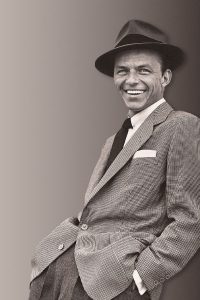 “…human beings are complicated creatures and that no human was more complicated than Frank Sinatra. In the year of 1954, as Frank regathered the vast power he’d lost, he also achieved new heights of arrogance. There was Sinatra, and then there was everybody else. He knew it, and the world knew it.” But there was chaos brewing underneath.

In diving into the relationships Sinatra had with his wives, lovers, associates, friends (few as there were), and his creative projects; Kaplan has, at least for me, uncovered a few truths about Sinatra I hadn’t thought about before.

I don’t have my head in the sand, but aside from a few movies and his music, the occasional reference in other books I’ve read and happening upon online videos of old interviews, I didn’t know Sinatra. But I feel like I do now, and he’s still a shining star to me, rough spots and all.

Things like, “Time quoted ‘one of his best friends,’ who said, sounding an awful lot like Sammy Cahn, ‘There isn’t any real Sinatra. There’s only what you see. You might as well try to analyze electricity. It is what it does. There’s nothing inside him. He puts out so terrifically that nothing can accumulate inside.’”

Sinatra “was, Peggy Connelly recalled, ‘always on his way somewhere else in his mind, even while he was looking you in the eye. Someone once said he had no now. He was never satisfied to be where he was.’”

Even more prescient is “with Sinatra, the sublime and the ridiculous, the exquisite and the coarse, alternated so quickly and frequently that it’s useless to try to reconcile them.He wasn’t one thing or the other; he was both, and then a moment later he was something else again.”

And “he moved on a bubble of agitation, always with a pack, searching for the next amusement. Boredom was the enemy; and sleep, death’s counterfeit. And solitude.” 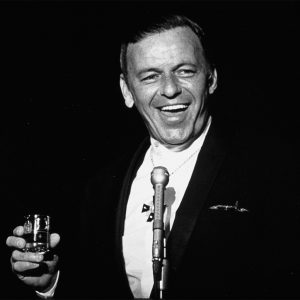 But the thing is, I too believe that boredom is the enemy. Although I don’t wish for Sinatra’s fame, nor his heartache. I don’t think I’d fit into anything remotely close to a “loose mob tie,” I’d like to think I do have a bit of my own digital Rat Pack, but that’s where it ends.

Sinatra’s heartache was his muse for so many years. Beyond all of that, and in addition to the Kennedys, and his many, many romances and wives, Kaplan captures the resurrection of his career, and the twilight of his career, plus the impact that it had on the world at large and far better than I thought could ever be encompassed in one volume (even one 800 pages long).

Read the Secret File of technical information and quotes from Sinatra: The Chairman by James Kaplan.

Things are turning for the bright side.
Even the greatest of whales is helpless in the middle of a desert.
Even a broken clock is right two times a day.
More Fortunes >