Hunting Down the Future in 1997: A Review of Hard, Soft and Wet by Melanie McGrath

Melanie McGrath’s Hard, Soft and Wet: The Digital Generation Comes of Age is a memoir of sorts where she is hunting “down the future, starting with the everyday intimations of tomorrow — the games, gadgets, and consumer fads — that were already an invisible part of so many young lives and I would work my way up to the networks, which will, in their turn, become a mundane part of the lives of those children’s children, and perhaps also of my own children.”

This book is what I would call a Hollywood non-fiction memoir. By that, I mean that it is based in fact, but the duration of the story has been compressed for time. The characters have been renamed and sometimes various people have been compressed into one embodiment to keep the cast down. 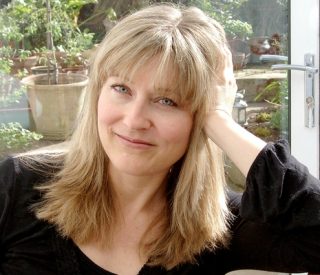 In fact, McGrath addresses this in the acknowledgments saying “In order to keep things running swiftly I have compressed the experiences of a number of years into the course of twelve months. A few names have been changed for reasons of privacy. Nancy is a composite, but all her parts are real. The intermission is a work of fiction. The title, Hard, Soft, and Wet is shorthand for hardware, software, and wetware, wetware being us.”

And while the story is told chronologically, even if the timeframe is compressed I am reminded of a tell. “A tell, or tel, in archeology, is an artificial mound formed from the accumulated refuse of people living on the same site for hundreds or thousands of years.” And as archaeologists dig down they are literally digging and watching the clock turn back time. This book is the same in reverse, it’s the little moments built upon each other of one woman’s crusade through the early internet era, only we get to see it build from start to finish.

Her travels take her from her home in England to California, New York, and Boston in America, plus Iceland, Moscow, Prague, Berlin, and Malaysia.

While Silicon Valley, New York (now Silicon Alley), and the rest of the locations are important, no globetrotting technological trek would be complete without a stop at MIT for some Chinese food. Why? Because “Chinese food is a tradition among Massachusetts Institute of Technology computer science majors stretching back to the fifties. Steven Levy devotes whole sections of his geek history, Hackers, to the early outings of MIT wireheads in Chinese restaurants. Forty years on, Chinese food is still the comp-sci cuisine of choice.” And Levy’s book, Hackers: Heroes of the Computer Revolution, works well as the technical foundations for this trek, for those interested in further reading.

But what is most interesting about this book, aside from it being from a female perspective, which is still working its way towards equal representation within tech, is that the observations from one woman’s journey predating and then published in 1997 are still startling relevant. 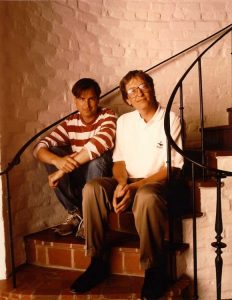 Remember, this predates the exponential rise of the geek to prominence… So her observation of “Geeks know how sad they are, but they don’t care. Being sad is a badge of geek strength and endurance. The transformation of computer buffs from lonely bedroom moles to triumphant geeks is one of the late twentieth century’s existential glories.” I mean, this coming from 1997, where the only triumphant geeks were named Gates and Jobs. But she goes on to nail the “true geek” as “A man forever fascinated by the detailed possibilities technology brings, someone who likes to reach beyond the real world, beyond the confines of bodies and the mess of human interaction, to the stillness of machines. A man, like many men, who strains for the open sea, where the water is no longer churned to foam.”

This book also predates the bursting of the internet bubble (it was only starting to inflate in 1997 as this book was first published), so the musing of “I’m beginning to think it’ll all turn out to be about money after all. Don’t you? Money and hype.” is very prophetic.

It predates the internet as a way of business and life for a large portion of the globe. So, in hindsight we know how close McGrath was with:

And I can’t skip the fact that this book is also a romp through the tech of yesteryear complete with modems, IRC, games on disk(not CD but floppy), and email that travels the world wide web from node to node before getting to the intended recipient… When arcades were still a thing people did and a phone call could kick your connection to the world wide web to the curb.

Generally, these next three pieces from the book gave me the most pause, because they aren’t thoughts I would have had back then, but they are things I think about a lot now.

“Data doesn’t mean anything on its own. You have to be able to interpret it, relate it to the real world.”

“For information is not in itself subversive, and knowledge is not necessarily power. On the contrary, information can be used to manufacture consensus, and ignorance is often more power than knowledge where it means not having to act.”

But there’s also a discussion of generations, like the question “Hey, Mac, do you think it’s possible to make generational statements, or are generations created by the statements made about them?” To wit I would wager, it’s probably a symbiotic relationship between both options. 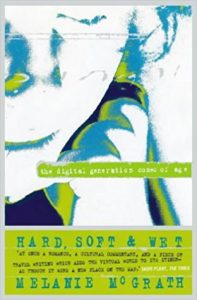 I’d be remiss if I didn’t mention the realizations of self-discovery she has along the way, insights of age and youth, self-identity and passion, love and children, and finding one’s own place in the world.

And while I have quoted the book a lot in this review, I’ve kept it spoiler free because I would not want to influence your own takeaways from the book. Most of what I’ve included are general insights that most people interested in the book would have with the assistance of time since we can look back on that time and the things that have come since with our 20/20 hindsight.

For those interested in our technological past, present, and future, I can’t recommend this book highly enough.

It also happens to contain one of my favorite literary descriptions of a city ever printed, “I arouse myself with the thought that Moscow is like a game of Sim City gone wrong. You start with the archetypal metropolis: broad blocks zoned into commercial, residential and industrial areas, bounded by jugular avenues and six-lane boulevards. You scatter gargantuan boxes of apartments with their tiny, imbecilic windows, you carve out parks and public squares, you encourage the masses to play. And then you begin to have some fun. You pull funding from the infrastructure, you cut off the electricity supply, you make the water sour, you demolish part of the transport system and watch the population improvise. You close down the police force, put the hospitals into bankruptcy and sell off the city’s public utilities. You build rows and rows of shops hawking fatty sausages and Versace suits. You let factories bleed their chemicals into the air. You blacken legitimate enterprise and create a cash economy instead. You make it easy to evade taxes, jump the system. You ignore racketeering, bribery, and the omnipresence of violence and threat. You make life intolerably tough for almost everyone and obscenely luxurious for a tiny few. And finally, in a last magnificent gesture, you rename everything and insist that history be forgotten. And there you have it. Moscow at the end of the century. Sim City gone bananas.”

It’s as compelling and thought-provoking a book as I’ve found, Hard, Soft and Wet: The Digital Generation Comes of Age, both as a trip throughout recent technological past and as a memoir.

Read the Secret File of technical information and quotes from Hard, Soft and Wet: The Digital Generation Comes of Age by Melanie McGrath.

Courtesy is the password to safety.
Whoever wants to reach a distant goal must take small steps.
Fame and fortune are coming your way.
More Fortunes >