Deconstructing Sammy is about more than the Resurrection of the Legacy of Sammy Davis, Jr. 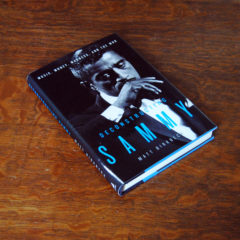 Deconstructing Sammy: Music, Money, and Madness by Matt Birkbeck could very well be one of the saddest books I have read in recent memory, which includes some books on WWII.

There are a lot of things in play in this book… “Adored by millions, Sammy Davis Jr. was considered an entertainment icon and a national treasure. But despite lifetime earnings that topped $50 million, Sammy died in 1990 near bankruptcy.

Years later his once-vivacious wife, Altovise, heir to one of the greatest entertainment legacies of the twentieth century, was living in poverty. With nowhere else to turn, she asked a former federal prosecutor, Albert “Sonny” Murray, to try to resolve Sammy’s debts and restore his estate. For seven years Sonny probed Sammy’s life and came to understand the tormented artist as a man of tragic complexity.”

The story is that of Sonny’s seven-year journey through immense posthumous IRS debt, as well as, his growing knowledge base of Sammy’s career as he learns about the man who’s legacy he’s trying to resurrect.

There are plenty of amazing stories in this book about Sammy, my favorite being the one about how he bought Chinese takeout for an entire airplane because it was delayed on the runway and he was hungry. There’s also the fact that Brian Dellow, the head of Sammy’s security thought that Pac-Man the arcade game, which Sammy would throw himself into for hours, “served as a cathartic release from the unknown pains of Sammy’s life.”

But there are plenty of sad stories. Some are sad because they didn’t pan out, like how “Sammy thought, that by entertaining, he could make all the hurt feelings go away.” However, it is Sammy’s finances, business dealings, and the questionable people who surrounded him like vultures that make this book a tragic tale. 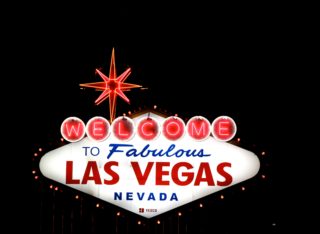 Sammy, for example, took whatever he could get, and sometimes that meant taking an upfront payment with little or no residuals. Sammy got accustomed to a lifestyle and did what he could in the here and now of his career to keep it that way. And unfortunately, the vultures came in and ripped the good business advice givers away from him.

Sammy’s admiration for Sinatra didn’t equate to following in his footsteps in every way. “Frank didn’t ask, like everyone else, he ordered. And people responded. Sammy admired Frank’s power and his ability to make things happen. Sammy also liked the idea of associating with the same unsavory characters. Being feared meant being respected. But unlike Frank, who kept his business dealings with the underworld at arm’s length, Sammy jumped in headfirst, from borrowing money from Chicago mobsters to allowing his name to be used in various business ventures.”

Even sadder was the idea that the mobsters he associated with were actually more protective of him than the “business associates” who surrounded him. And what’s worse is that very few of these people were there to assist Sammy with his “quest for truth and righteousness” which he thought he could bring about only find through his stardom. And it was through maintaining that stardom that “Sammy maintained a rigorous tour schedule and didn’t know–or didn’t want to know–what was really going on. There wasn’t much he could do anyway, given the people he was involved with.”

“The visual images that remained in the public consciousness, from being carried onstage like a little boy by Frank during their “Summit at the Sands” to the Nixon hug, belied a far deeper, more earnest side to his persona, a quest for truth and righteousness Sammy believed he could only find through stardom.” 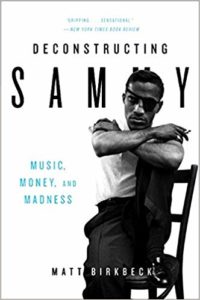 But as altruistic as his deep-seated good intentions may have been, he loved living his life. And Sonny, the actual main character of the book, learns all of this as he’s researching to settle the largest IRS debt in US history and resurrect the legacy of one of the greatest black entertainers in history.

In the end, this book is a cautionary tale on two fronts. On one side there is Sammy Davis Jr., who believed that the bigger he “became, the more change he believed he could help effect in a deeply divided nation.” But at the same time, he didn’t have ownership in his own work, or appreciate the “potential enormity that ownership provides.”

“Sammy was among the select few who could claim personal relationships with presidents, kings, and queens on one hand, and gangsters, scam artists, and murderers on the other.” And yet in the end, there wasn’t much for his name or his legacy.

Sonny, on the other hand, knew about injustice. “The more he had learned about Sammy Davis Jr., the more he knew he had to fight for the memory, and legacy, of a great black icon.”

And as author Matt Birkbeck mentions in the acknowledgments, “Of course, there wouldn’t have been a book without Albert “Sonny” Murray. He’s a good man with a good heart, who carries a heavy burden, and I will always be indebted to him for sharing this difficult story with me.”

In Deconstructing Sammy, we get to know not only Sammy, but Sonny too, and they both appear to be tragic figures.

Still, I highly recommend this book. Not only will you learn about one of the greatest entertainers in the history of entertainment, but you’ll definitely spend some time pondering who’s in control of your money and where it’s going. As a reminder money problems are not limited to celebrities and the super-rich.

Read the Secret File of technical information and quotes from Deconstructing Sammy by Matt Birkbeck.

Even the greatest of whales is helpless in the middle of a desert.
Good clothes open many doors. Go Shopping.
Courtesy is the password to safety.
More Fortunes >