Michael Chabon’s Wonder Boys is the kind of book you just get lost in. You pick it up and before you know it, half the book’s pages are behind you and you have no idea what time it is.

This is hardly an uncommon occurrence for me when it comes to Chabon’s books. It happened with Kavalier & Clay, it happened with Summerland, and it will happen again. And it should happen to you.

Before I get started, I want to mention something about this novel.

It was adapted into a movie that, when I last saw it, I remember adoring, but it has been more than a decade since. So I’m fuzzy on the adaptation, which meant this was the perfect time to pick up this book for me. Sure, I remember some of the cast; Michael Douglas, Robert Downey, Jr, Tobey Maguire, and Katie Holmes, but that’s it. So this won’t be a Book vs. Movie review that’s for my friends over at Book vs. Movie (The Margos!) whose Wonder Boys episode you can listen to. 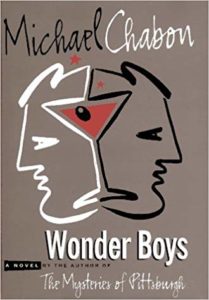 The book takes place during a WordFest, a college-sponsored event, where writers’ and publishers’ commiserate and connect. Our leading man, and narrator for the book, Professor Grady Tripp is still working on his fourth novel that is seven years in the making and more than two-thousand pages long, while his wife has walked out on him and that’s just the beginning.

There’s also a young protege for Tripp in the form of the talented kinda man out of time student James Leer, and an accomplice of sorts in Tripp’s longtime friend and publisher Terry Crabtree.

What’s Tripp’s fourth novel about? Well, it serves as a two-thousand plus page albatross around our narrator’s neck and we learn about the characters and the plot of that neverending piece of his life as the weekend unfolds.

The book itself is a manifesto of sorts on writing as a disease of sorts. It’s also a coalescence of many forms of romanticism backed in. The love for your wife, your lover, and your fellow man; family relations and addictions both of substance and of ephemera all come to light in Chabon’s words.

Our narrator is not only the main track down which our stories tread, but is also the deliverer of epithets to the items listed in the previous paragraph, and it is in those descriptions that we get some of the more memorable prosaic lines in this book.

On love: “I’m a man who falls in love so easily, and with such reckless lack of consideration for the consequences of my actions, that form the very first instant of entering into a marriage I become, almost by definition, an adulterer.”

On sobriety: “A sober man at a party is lonely as a journalist, implacable as a coroner, bitter as an angel looking down from heaven. There’s something purely foolish about attending any large gathering of men and women without benefit of some kind of philter or magic dust to blind you and weaken your critical faculties. I don’t mean to make a big deal out of sobriety, by the way. Of all the modes of human consciousness available to the modern consumer I consider it to be the most overrated.” 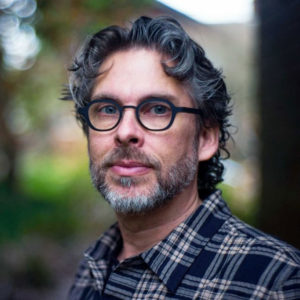 On friendship: “All male friendships are essentially quixotic: they last only so long as each man is willing to polish the shaving-bowl helmet, climb on his donkey, and ride off after the other in pursuit of illusive glory and questionable adventure.“

There’s plenty more to discover in the course of this book as the story unfolds. And perhaps there’s a lot jammed into one weekend, but we are in the narrator’s minds’ eye, which means we are in the headspace of Professor Grady Tripp, who spends most of the book letting life happen to him, while in a stoned daze, while pontificating to the reader, that, of course, this book seems like more than a weekend.

But as it winds down, it somehow all seems to make sense. I’m not saying one way or the other if the ending is good, bad, or otherwise, but it’s plausible to have happened over a busy weekend, with an event at the college he works at and other social obligations.

The characters that we meet along the way and the larger supporting cast all have their place in this story and are so authentically described that even those who are described as out of place, seem to feel like they belong.

There are flights of prosaic fancy which recall to me “Fear and Loathing” though not nearly to that extent, perhaps it’s just a feeling, but I can and will recommend this book to many because whether you are high or straight, it’s all good.

Chabon’s at the helm, so sit back and enjoy the trip.

Read the Secret File of technical information and quotes from Wonder Boys: A Novel.

To let another into your heart, first let yourself in.
Let’s finish this up now, someone is waiting for you on that.
A difference, to be a difference, must make a difference.
More Fortunes >