It’s hard to say anything more than Mexico Set is a brilliant second act to Berlin Game’s first. Deighton picks up the plot where he left off and Samson is perhaps even more relatable in dealing with the aftermath or fallout of that first act.

Without giving too much away of this or any other book in the series, I will instead focus on the character development of our leading man Samson and a few quotes that I enjoyed.

But what is Mexico Set about? Well, it’s book two in the Berlin Game, Mexico Set, London Match (Game, Set, Match) Trilogy. After the events in Berlin Game, Bernard Samson is working to get KGB major Erich Stinnes to defect to the West. But of course, loyalty is questioned and it’s a time-bomb of who and when betrayals will happen that could ultimately impact the success of such a mission. 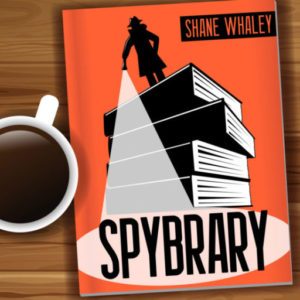 About Samson. It’s starting to come into focus, why the Spybrary community thinks so highly of him. Samson has the same unorthodox, unpolished, and improper education as Palmer, but the self-doubt, self-cynicism, and self-criticism are exponentially more voiced and described in the novels, so that Samson doesn’t just become more human, Bernard actually becomes more relatable and at times enviable. He says things to the higher ups that many of us wish we were confident enough or just sure enough to say out loud, though we have probably thought those thoughts a million times. Samson says it! Or at least thinks it!

As for the quotes, let’s start with three that Samson says or thinks.

“I was having this wonderful dream, Bret. I dreamed I was working for this nice man who couldn’t tell the time.”

He was suspicious, just as I would have been in his place. There could be no half measures. I would have to work very hard to land this one. He was like me–too damned old and too damned cynical–to fall for anything but innocent sincerity or a cynicism even more profound than his own.

And like so many poor people she had only contempt for socialism in any of its various forms, for it is only the rich and guilty who can afford the subtle delights of egalitarian philosophies.

With the first quote, we all enjoy that dream, and the second and third are examples of the fleshed out Samson psyche that I’m absolutely a fan of. But what happens in Deighton’s world is that while some characters are bumbling bureaucrats or novices, there are smart people that Samson encounters. So we get quotes like the following:

“It’s human, isn’t it? We all think we’re important enough for anything.”

“It’s the game,” said Werner. He too was slumped back against the wall with a plastic cup of warm weak coffee in his hand. “It’s nothing to do with virtue and evil, or effort and reward, it’s just a game. You know that, Bernie.”

“Life is difficult, isn’t it? You have to risk what you need to get what you want.”

But those bumbling bureaucrats get a nice line in on occasion such as “Ye gods, these airline buggers tell lies more glibly than even the diplomatic service.”

However, Samson does put them in their place. Perhaps too efficiently? Because as one character later tells him:

“But one at a time, Bernard, old friend. Don’t antagonize a whole roomful of people all at once. It’s a dangerous sport, old lad. They get together when they have something in common. Just one at a time in future. Right?”

There’s also a great exchange that made me laugh that I wanted to share which probably provides some insight into Deighton himself:

“On the other hand, I exposed him to temptation, didn’t I? I invited him to a house with such valuable things on show. I’ll have to bear some measure of guilt. I told the police constable that.”
“What did he say?”
“He said he couldn’t get into a discussion about ethics and morality, he had quite enough trouble trying to understand the law.” 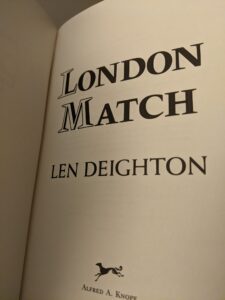 And it’s not all dialog and plot with Deighton. At times, it’s overlooked because the espionage and spycraft and plots and one-liners and conversations are so great, but his descriptions aren’t lacking. One of my favorites from this novel is as follows:

Street gutters overflowing with rainwater reflected the street lamps and made a line of moons that were continually shattered by passing traffic.

The bottom line is that this book is great and the series is superb, and you must start from Berlin Game. Then you can move on to Mexico Set… And right now I’m looking forward to London Match.

Read the Secret File of technical information and quotes from Mexico Set by Len Deighton.

Things are turning for the bright side.
To let another into your heart, first let yourself in.
You are interested in higher education, whether material or spiritual.
More Fortunes >