Miss Wyoming is the story of Susan Colgate, a former Miss Wyoming, and John Johnson a Hollywood producer, and luckily, author Douglas Coupland isn’t creating the same star-crossed lovers’ romance that you’ve read before. This is unique, which also makes it a highly entertaining read.

Susan disappears for the second time in her life, the first after she was presumed dead from a plane crash, and playing the opposite lead in this novel is John Johnson, who himself did a sort of disappearing when a mid-life crisis brought him his own disappearance when we walked away from everything.

The story is focused on one character per chapter, and while most chapters do focus on Susan or John there are other cursory characters, and each chapter builds the story and, dare I say intrigue. And because of that intrigue, I want to tell you as little as possible, but I have to give you something, and Coupland’s way with words and concepts, especially of the thought-provoking variety is superb.

Now, this book was published in 2000, but there are six quotes from the novel that has a stark relevance, that is perhaps more apparent now in 2020 than ever before. Unfortunately, most of these need no explanation either. So I won’t explain them. They all stand on their own and their relevance may vary to one degree or another, but you’re bound to relate to a couple of them… 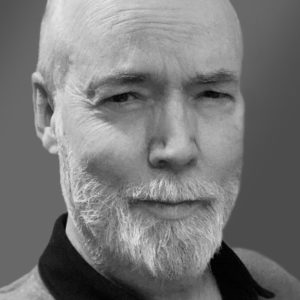 1. “Because I think about how old I am,” John replied, “and I wonder, Hey, John Johnson, you’ve pretty much felt all the emotions you’re ever likely to feel, and from here on it’s reruns. And that totally scares me. Do you ever think that?”

2. Yes, he was experiencing a type of freedom associated with no longer caring about keeping up the appearance of wealth, but with this freedom came a rudderless sensation, one that made him giddy, the way he’d felt as a child as he waited for week upon agonizing week for the postman to deliver a cardboard submarine he’d sent away for–a device that had promised to take him far away into a fascinating new realm, but which upon arrival was revealed to be as substantial and as well constructed as a bakery’s cardboard cake box. But ahhh, the waiting had been so wonderfully sweet.

3. He believed that most people had at least a few good ideas each day, but that they rarely used them.

4. If he’d learned one thing while he’d been away, it was that loneliness and the open discussion of loneliness is the most taboo subject in the world. Forget sex or politics or religion. Or even failure. Loneliness is what clears out a room.

6. Knowing about morals was in no way the same thing as actually having them.

Having read Coupland’s novels in the order they were published, I can say that his level of storytelling takes on new heights with Miss Wyoming. You’re not necessarily caught off-guard, but you are kept guessing, which is something that many authors don’t accomplish. But Coupland does it and does it well. I highly recommend not only this book but all of the Coupland’s I’ve read thus far. He’s one of my favorite authors and with novels like Miss Wyoming, he’s cementing himself as one of my favorites for a long time to come.

Read the Secret File of technical information and quotes from Miss Wyoming by Douglas Coupland.

Courtesy is the password to safety.
The path of life shall lead upwards for you.
You are interested in higher education, whether material or spiritual.
More Fortunes >