Crichton’s Next is a TED Talk with a novel preamble

Next is very much Michael Crichton’s TED Talk on science and politics relating specifically to genes, genetics, politics, and economics, but with a novel preamble.

It is a masterful chaotic mess combining real science and science fiction so seamlessly that you have no idea what is or isn’t fabricated or researched unless you have a Ph.D., which I don’t. It asks and deals with a lot of bioethical issues and raises as many concerns as it does questions. 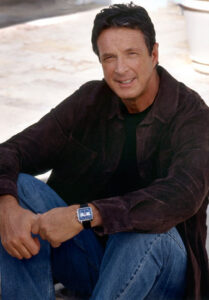 At the core of the novel is this sentiment better stated with this passage from the book, “Science is as corruptible a human activity as any other. Its practitioners aren’t saints, they’re human beings, and they do what human beings do–lie, cheat, steal from one another, sue, hide data, fake data, overstate their own importance, and denigrate opposing views unfairly. That’s human nature. It isn’t going to change.”

And that’s what gives it it’s chaotic nature. The Venture Capitalists are of course portrayed as we have commonly vilified them in the mainstream media, but the lawyers are somewhere in the middle as are most of the scientists, who are every bit the humans the rest of us are.

But I said this was a TED Talk with a novel preamble, and that is because at the end of this book in the Author’s Note, Crichton writes “At the end of my research for this book, I arrived at the following conclusions”

Now, he does expand on all of these, which makes it read like a TED Talk, but they’re all related to the story, so it’s really powerful to read his explanations for each of these five points after reading a novel that is so heavily chaotic, because the industry, the reasoning, the money, the science, and the perception is absolutely chaotic.

And I mean chaotic not so much in a “is it good or is it bad kind of a way,” but in a “this appears uncontrollable kind of way.” 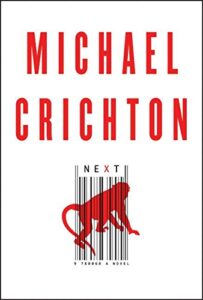 This book feels like it should be required reading for every incoming congressional aide and senators’ assistant. It’s Jurassic Park, but we’re not just talking about bringing something back, we’re talking about modifying whatever we want, and the power struggle for control remains the same.

Published back in 2006, Next will only gain relevance as the lines between truth and perception blur in the scientific field based upon claims of miracles, media hype, and monetary gains held over scientific ones for the greater good.

It is a gripping tale, the science isn’t hard to comprehend, and the ramifications are such that you’ll want to know how much worse it may or may not have gotten, depending on when you pick up the book and what is happening in the news cycle when you put it down.

Yes, it’s that relevant even now.

Read the Secret File of technical information and quotes from Next by Michael Crichton.

A difference, to be a difference, must make a difference.
Let’s finish this up now, someone is waiting for you on that.
Fame and fortune are coming your way.
More Fortunes >