The Founders demystifies the dot-com era success of PayPal 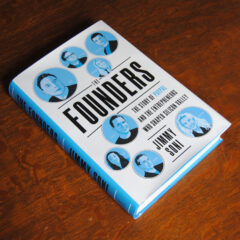 How did the PayPal service that we take for granted today come to pass? How close did it come to going under more than once? Just how precarious was its position in the fintech field?

These questions are answered in The Founders: The Story of PayPal and The Entrepreneurs who Shaped Silicon Valley by Jimmy Soni. This book is more than just a story about the supposed PayPal Mafia; it’s the story of Silicon Valley success.

First, a question: Did you know that the PayPal of today was actually created when Confinity and X.com merged together after both racing to advance fintech beyond the vision of the dinosaurs of traditional banking? Did you know that that merger created a religious programming war between the zealots of Linux and Microsoft within the conglomeration itself?

Did you know that Confinity’s original goal for PayPal was to pay your pal using the RF scanners between two PalmPilots? Sure, some of that you may have already know or have heard of these revelations, but to go through these decisions firsthand and feel like you’re in the room, is just one reason to read this book.

Another, and perhaps the biggest reason, is to get an inside look at one of the few dot-com bubble survivors. This is the Silicon Valley of legend, and Founders cuts through the myth and shines a light on the facts. Long hours, late nights, sleeping at the office, CEO carousels and more – this book covers it all and does so from every manageable angle. 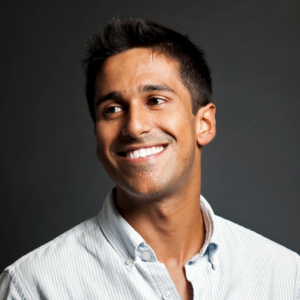 In his epilogue in a section titled “A Note on Sources and Methods,” Soni quotes Jeff Bezos: “When a company comes up with an idea, it’s a messy process.” And in this book, the linear storytelling narrative that it may be, Soni is able to capture that messiness. In fact, after he uses the Bezos quote he acknowledges that “…the point of books like this is to capture that messiness.” He absolutely does.

It is also in this section and the epilogue section that precedes it called “Debts” where we learn that this was a five-year project. Jimmy did his homework and, to me, this just reiterates how good of an author he is. The research is immeasurable, but to be able to craft the narrative that authentically tells the story while maintaining that “messiness” is not easy. It’s not about balance or measurement; it’s about feeling and emotion and art. This book is about the story of Silicon Valley. But it’s also about entrepreneurship, immigrants, and outsiders.

I’ve read other books that have covered the dot-com boom and the startup world. There were lessons and concepts mentioned in those books that are more finitely highlighted here.

Three things will stand out as you read this book. Time and time again they are summed up at varying important points.

“The idea of having meetings where people really liked one another seemed great. That was folly. The mistake was to conflate anger with a lack of respect. People who are smart and energetic are often angry. Not at each other, usually. Rather, they’re angry that we’re ‘not there yet,’ i.e., that they have to solve x when they should be working on some greater problem. Disharmony at PayPal was actually a side effect of very healthy dynamics.” – Max Levchin 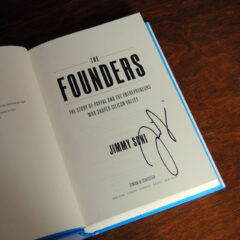 “All tech companies,” Listwon quipped, “seem to get caught up in the dumbest little quibbles while solving the world’s biggest problems.” – Benjamin Listwon

“I never stopped and thought, Will this work? That question was completely foreign to those years. It was, What can we do? And how fast can we do it?” – Julie Anderson

For all these larger, more transferable ideas and concepts, these are just three I really wanted to share, there are stories and discussions and emails that articulate these points and others.

This is a book for people who want to know how things work and why. It is a crash course in the dot-com Silicon Valley that we now take for granted as a hotbed of innovation. It wasn’t always that way, and it certainly wasn’t always as successful. There were failures and losers. This book illustrates a winner and shows just how close they came to going the other way many times.

It’s a book you won’t want to put down once you pick it up.

p.s. I can also recommend A Mind At Play: How Claud Shannon Invented the Information Age by Jimmy Soni and Rob Goodman which is somewhat foundational to The Founders as well as the Internet Age at large.

Read the Secret File of technical information and quotes from The Founders.

Fame and fortune are coming your way.
A difference, to be a difference, must make a difference.
Today it’s okay to make a few choices by going with your instincts.
More Fortunes >