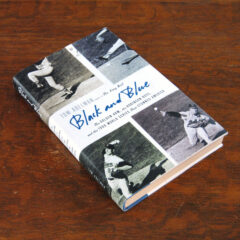 I’ve never met Tom Adelman, but I feel as though we just had a wonderful conversation. Black and Blue: The Golden Arm, the Robinson Boys, and the 1966 World Series That Stunned America was the conversation we shared.

This book is fantastic, and that’s coming from an Orioles fan who has also enjoyed Dodger baseball for the past decade plus. Through telecasts I’ve absorbed the history of both clubs, but this book does something else.

It does something important that some books don’t have the room for. This book married the history of the game of baseball with the actual history outside of the diamond. As a fan of both teams, obviously favoring the Orioles, and as a fan of mid-century history, I never really painted a picture with both together. This book does that.

This book explains the 1960s as a repeated pattern of “rumors, rhetoricians, roadblocks, riflemen, riot police, regrets, recriminations,” and it does it all while explaining the end of the Dodger dynasty and the beginning of the Orioles run.

This book starts with the trade of Frank Robinson, “an old thirty” and continues into a not entirely linear history of the 1966 World Series. What it is, is an all-points-lead-to-here map: how Frank joined the Orioles is a big part, and so is the hold out of Drysdale and Koufax leading into the ‘66 season. There are bit players on both teams, however, that played crucial roles in getting the Dodgers and Orioles to that series. 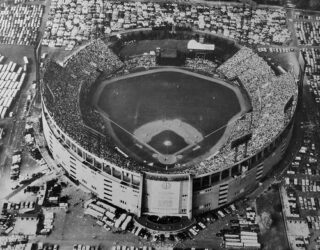 I also knew that the Orioles were huge underdogs going into the series, but I didn’t realize it’s because their bullpen did the work of a starter. Remember, in those days you were supposed to finish the games you started, not just get a quality start and exit in the 6th inning. As Adelman explains it, “Scouts, gamblers, opponents: all season they had looked at the Orioles pitching staff with blinders, searching for totals that would have accrued to a single hurler had the burden not been so expertly shared. They had looked at the parts, not the sum. Searching for exclamation points, they had overlooked the words.”

So if this often forgotten series (which I actually knew about) still had details to share from Adelman’s book, imagine what it can do for someone who’s not a fan or follower of these two clubs. Surely, anyone interested in baseball would enjoy this book, but so would anyone who enjoys history. Adelman has written a baseball time capsule for all to enjoy. So step up the to plate and start reading.

Sharing little joys offer great hope to others.
Even the greatest of whales is helpless in the middle of a desert.
You are interested in higher education, whether material or spiritual.
More Fortunes >