This ‘Rocket’ Recollection Launched Fond Memories of the Argonauts 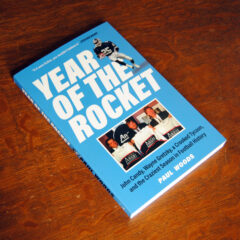 I am a fan of the CFL and the Toronto Argonauts. But it wasn’t until I picked up The Year of the Rocket by Paul Woods that I had forgotten a previous connection to the league and the fandom.

This book has not only reminded me of that connection but told a greater story surrounding the history and circumstances around the 1991 CFL season. That season, “”The king of comedy, the king of hockey, and the guy who owns the Kings” bought the Toronto Argonauts, but more on them in a minute. This is about the personalities of those three for sure, but it is also about how they lured the projected first pick in the NFL draft away from the NFL with the largest professional sports contract at that time, elevated an entire league and won The Grey Cup.

The King of Comedy is John Candy, the King of Hockey is the Great One Wayne Gretzky, and the guy who owns the Kings, at the time the team when Gretzky was playing, was Bruce McNall.

This book shouldn’t be as exciting as it is to read. Generally speaking, there is at least one documentary about the 1991 Toronto Argonauts. There’s been enough written and reported about that season that very little should come as a surprise, even for a casual fan south of the 49th parallel.

So what makes this book exciting, and how does it relate to me and my fandom? 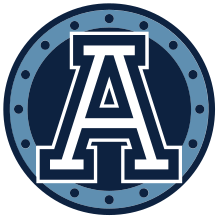 First, what makes it exciting is all of the color – all of the potential things that could have happened, the reactions to what did and didn’t happen, the intrigue of the administrative pieces of the puzzle built on a literal house of cards (and sports memorabilia). I mean, McNall and some others literally end up doing hard time.

The meteoric rise of the club due to its enigmatic owners and their influx of cash, however misguided, and its downfall just a year later make for great drama even when you know what happened.

Second, my connection is pretty interesting. I remember that the “Rocket” Raghib Ismail went to the CFL instead of the NFL because of a large contract. I didn’t realize at the time it was the largest contract of its kind in all of professional football, which at $18.2 million in 1991 is now laughable.

Now, the Rocket, before he blasted off from Notre Dame to the Argonauts, was from Wilkes-Barre. He went to high school at Meyers, where my mother and her siblings attended, though not at the same time. So there is a small geographical connection there. Not to mention that my aunt moved from Wilkes-Barre to Toronto years later. 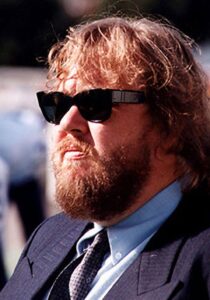 And of course, my mother is a huge fan of the King of Comedy, John Candy, which leads to something else I wasn’t aware of. While McNall put up most of the money, and Gretzky and Candy were only minority partners, it was John Candy moreso than the Rocket that helped reinvigorate the CFL, at least for the time.

You see, the new ownership group went after Rocket because they thought he would do for the CFL what Greztkey did for the NHL south of the border. Turns out, at that time, right out of Notre Dame, the Rocket wasn’t ready for that. Lucky for him, one of his owners had very broad shoulders.

“In Wayne Gretzky’s eyes, there’s no question about it. Without John Candy, there might be no Canadian Football League today. ‘He’s a Canadian icon that people idolized and loved, and he went to every game. He genuinely loved every bit of it. John Candy put his heart and soul not only into a city but into a country.’”

There is a lot more to this book than just the circumstances that led to a team winning a championship. There is more to it than just a conman using his money to make a big splash before heading to the big house. There is just so much surrounding this one season that the fact that this single book covers it like a lock-down cornerback is amazing. 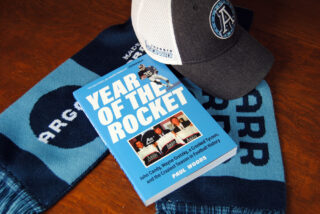 And of course, I had no idea about “The Throw.” An entire chapter is dedicated to the beer can lobbed at Rocket during a kick return in the 1991 Grey Cup. “It was a beer can, spinning its contents out into instantly frozen foam on the rock-hard artificial turf. It had been thrown from the stands. But by whom? Why? And what type of beer?”

Woods doesn’t miss a detail and leaves nothing to chance. He followed every lead. Because of it, this would make for a great read for football fans of all shades as well as people who enjoy thrillers and true crime. Because let’s be real. White-collar crime is still crime, just with less blood.

Read the Secret File of technical information and quotes from Year of The Rocket.

Good clothes open many doors. Go Shopping.
Even the greatest of whales is helpless in the middle of a desert.
Look forward to great fortune and a new lease on life!
More Fortunes >