The Beginning of the End for Physical Media? 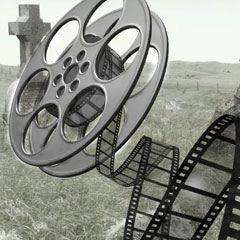 On January, 18th, 2014, the Los Angeles Times Entertainment Section ran an article that was titled, “Paramount stops releasing major movies on film.” I’m very aware of the new technologies that exist – digital media players have made physical albums a thing of the past and streaming video services have made DVDs virtually obsolete – so the fact that Paramount is “the first big Hollywood studio to embrace digital-only U.S. releases” should come as a natural progression.

But I, for one, don’t really know how I feel about this. Sure, I consume music and watch movies and television shows through various streaming services, but I’m not ready to go completely digital.

Are you? It’s not just audio and visual mediums that are going this way. The eBook, in all of its various incarnations, has pushed physical book retailers to their limits as well. Even comic books can be read in digital formats.

But I am not ready to go completely digital. The entire world seems to be heading that way, but I can not seem to follow suit. I still read physical books, buy comic books and magazines, DVDs and CDs. I enjoy having a physical collection that I can see on my shelves.

It seems now is the time to embrace physical media as never before, if for no other reason than it seems to be disappearing. I know that the physical media aren’t going anywhere anytime soon, but every time a big company like Paramount makes a decision like it has, others will follow suit. So what happens when Paramount, or Fox, or Universal decide to stop making DVDs? What happens when a  big music company decides not to lay down tracks on CDs? What happens a major book publisher decides to to release their books only in digital form?

As a geek, I collect things and I’m not alone. We all have our collections – books, movies, albums, comics, art, games, the list goes on. I understand that big corporations need to save money, but they’re only saving it for themselves. They aren’t passing the savings on to the consumer. You’re still going to be shelling out $8+ for movie tickets. But when the physical media goes away, you can’t own anything, and we all like owning things. 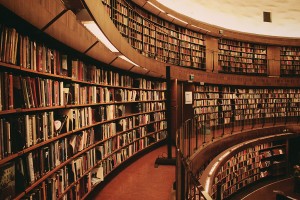 The best example is Netflix. I enjoy plenty of shows and movies that they stream, but those things won’t always be there. Their library is subject to contracts and sometimes contracts run out. What then? If you’re favorite movie is on Netflix and you don’t own a physical copy, how will you watch it?

Honestly, I see Netflix in the same way I look at libraries. I get access to a plethora of things, I wouldn’t normally have access to, but when I like something, I go out and buy it. I buy the book, movie or show that I enjoyed, as I want to be able to watch it when I want as a permanent part of my collection.

I guess the lesson is, if you want something in your collection, don’t wait to buy it. At some point it may be too late. Of course the flip-side is that the secondary market on eBay could be a booming business. But not everyone wants to buy things secondhand.

Then again, physical media doesn’t last forever, so making a copy or a backup, for yourself, may also be a safe idea…

To let another into your heart, first let yourself in.
Even a broken clock is right two times a day.
Even the greatest of whales is helpless in the middle of a desert.
More Fortunes >