Sherlock Holmes’ Resurgence in Mainstream Media is Here to Stay 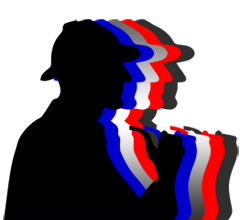 or It’s Elementary there is never enough Sherlock: Holmes, Holmes and more Holmes…

Sir Arthur Conan Doyle’s greatest gift to literature was his Sherlock Holmes detective stories. There are at least four novels and 56 short stories about Sherlock Holmes, with many more to come I’m sure.

Since the first Holmes screen appearance in 1900, more than 70 actors have played Sherlock Holmes in more than 200 films and that doesn’t count all of the radio programs and television series. Who knows what that number would be if compiled, but I’d think it has to be in excess 1,000 actors.

Recently, Sherlock Holmes is having a bit of a resurgence, although clearly the character has always been around in the public consciousness. This resurgence is in part due to the great acting of the three actors now portraying Holmes on both the big and small screen; Benedict Cumberbatch (BBC’s Sherlock), Robert Downey, Jr. (current Sherlock Holmes film series)  and Jonny Lee Miller (CBS’s Elementary). 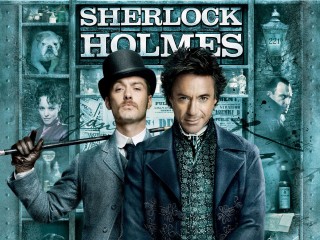 With Sherlock Holmes in 2009, Sherlock Holmes: A Game of Shadows in 2011 and Sherlock Holmes 3 slated for some time in the future, it’s apparent that Robert Downey, Jr.’s portrayal of the character is now in franchise mode. In fact, the actor himself, who also plays Iron Man a.k.a. Tony Stark in the Marvel Cinematic Universe, said he’d be happy to bounce between Holmes and Stark for the remainder of his career and who could blame him. The first movie grossed over $186 million, while the second did over $209 million. It appears that director Guy Ritchie, Downey, Jr., and Jude Law have not only a franchise on their hands, but a successful one, at that. 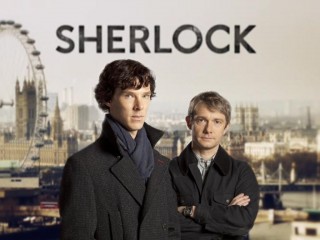 Meanwhile, the BBC has a successful series on it’s hands starring Benedict Cumberbatch as Sherlock and Martin Freeman as Watson. The series has been successful in it’s first three season and it has been announced in January of this year that a fourth season has been commissioned. The show is not just successful in the United Kingdom, PBS has moved the show across the Atlantic in it’s Masterpiece anthology series.

Additionally, CBS has had success with Elementary starring Jonny Lee Miller as Sherlock and Lucy Liu as Watson. The show has already had two successful seasons and in March of this year, CBS renewed the show for a third season. This show is also trans-Atlantic as even faithful Sherlock fans in the United Kingdom enjoy the show, some even put it above the show done on their own soil. 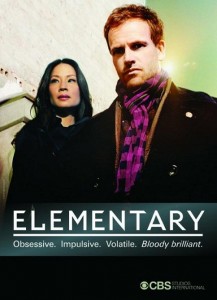 So what does this all mean? How do we make sense of three talented actors all playing the same legendary fictional character at the same time?

I have watched and enjoyed the movie franchise, Sherlock and Elementary but I will not weigh in on who played it better. They are all exquisite, played by talented actors and they are all back by wonderful writing. The all focus on different idiosyncrasies of the character and therefore are all inherently different.

So what’s the deal? What’s the bottom line?

It’s elementary, we all win…

Sherlock Holmes is having a Resurgance of Cultural Relevance

Sherlock Holmes: A Game of Shadows

A Promotional Poster of BBC’s Sherlock with Cumberbatch and Freeman