Real Steel – What is and what could be…

Recently, I watched the movie Real Steel. Honestly, I wasn’t sure why I had chosen it, but if it was a Rocky with robots, that’d probably be something I could get behind or at least enjoy watching. But what I got was a social commentary of boxing and the future by writer Dan Gilroy.

The story takes place in the year 2020. Human boxers have been replaced by robots in the ring and the movie doesn’t shy away from explaining how we got there. However, as they explained further and I sit typing this in 2012, are we really 8 years away from this reality? 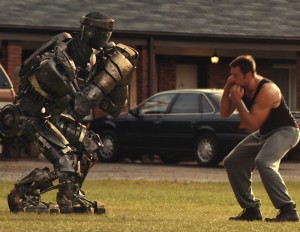 The amazing part is that I believe the story only got half of it right. Do I think robots will replace humans in the ring? No. But do I believe boxing is done? Yes. The UFC and other MMA leagues, as well as, the WWE are all drawing better. The ratings are better and the personalities are better. The only two personalities left in boxing are Manny Paquiao and Floyd Mayweather and a fight between them will not save their sport. Even if it happened, the PR battle between the two sides to get the thing squared away has pretty much sounded the bell. Boxing is pretty much down for the count.

So, if I think Robot Boxing isn’t replacing boxing in 2020, then what will? Easy, whatever survives and adapts from until then. If I had to put money on it, I’d say the UFC is the best bet. Because Dana White is just one of those mavericks that goes after what he wants and doesn’t like to lose and his company is what he bleeds. Don’t count out the WWE either. I’m sure it’ll still be around then too. It’s lasted this long hasn’t it?

The movie itself was pretty good, Hugh Jackman plays, well, he’s a soft badass (if one could exist) and he was probably fit for the part. I was surprised how well Danny Elfman did with the score and that’s all I’ll say. Did it remind me of a Rocky movie with robots? Yes. Did I enjoy it? Yes. Should you see it? If you like boxing don’t, it’ll probably just make you depressed about the grand fall your sport has taken. If you like Rocky movies give it a shot. If you like Rock ’em Sock ’em Robots… Watch this!

Read the Secret File of technical information and quotes from the Real Steel. 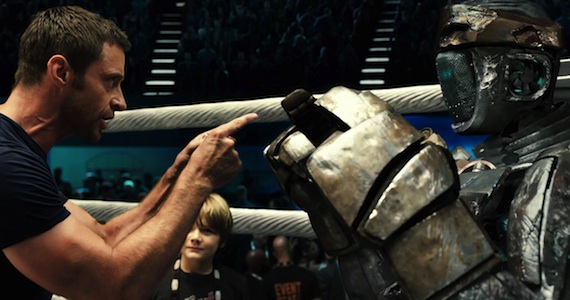 Fame and fortune are coming your way.
Look forward to great fortune and a new lease on life!
Sharing little joys offer great hope to others.
More Fortunes >