Killing Bono: A Great Movie, why wasn’t it made before

I recently watch the movie Killing Bono. It was a great movie. A little long at times but still a great piece of cinema, which isn’t something I’m used to saying. The premise is that which had me wondering how come a movie like this hasn’t been made before.

It goes back to the very beginning of U2. Where in school, high school, guys are in bands and it follows one of the bands who was formed around the same time as U2 but didn’t take the same career trajectory. How has it taken so long to write this move? 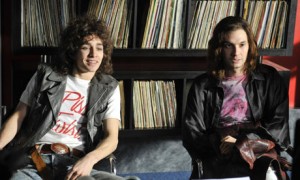 There are always garage bands in high school and for every major recording band, not artist but band, like say the Rolling Stones, Green Day, Aerosmith, etc I’m sure there were other bands formed at the same time that didn’t hit it big. Even for 80’s bands like the Cinderella and the like who had a few big albums and aren’t the greatest of all time, there were guys who could’ve or should’ve been as big.

I’m glad this story has come to light. It’s a great story and makes for wonderful entertainment, but I can’t help but continue to think that there are many other stories like this one out there. And for me the real question is why did it take so long for a story like this to get made into a movie?

For U2 fans out there, like myself, it’s a great watch, but if you like music in general or are curious about the music business, this is a must watch. I’ve read countless biographies, authorized and unauthorized about bands, so I understand the trials and tribulations, but this movie takes it to a higher level because like Anvil, it’s not quite a happy ending… Or is it? You watch it and decide for yourself.

Read the Secret File of technical information and quotes from Killing Bono.

Even the greatest of whales is helpless in the middle of a desert.
Things are turning for the bright side.
Good clothes open many doors. Go Shopping.
More Fortunes >