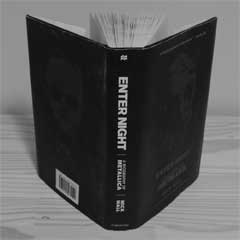 Beginning with the heart-wrenching bus accident that claimed the life of Cliff Burton and then chronicling the band and its many players through the release of Death Magnetic, Enter Night: A Biography of Metallica

by Mick Wall is brilliant.

Who better than Mick Wall, as classic a name in Rock journalism as there is, to chronicle the life and times of one of the biggest bands in the world.

Like many who pick up the book, I am a fan of Metallica. I’ve seen their VH1’s Behind the Music, but unlike, or maybe like, those who also picked up the book, I’ve seen Some Kind of Monster and with some high school friends basically memorized A Year and a Half in the Life of Metallica, a behind-the-scenes documentary of recording and touring for the Black Album.

I picked up the book to get more on what happened to the band after St. Anger and Some Kind of Monster were released through Death Magnetic, but I got a whole lot more than I bargained for.

The background on the players, all of them, is scaled in length by how long they were in the band, either consciously or otherwise; Lars Ulrich and James Hetfield garner the most attention, of course, followed closely by Kirk Hammet and the late great Cliff Burton, then Dave Mustaine, Ron McGovney,  Jason Newsted and lastly Rob Trujillo.

The book is so well done, I’d say it is a better telling of the Metallica story than the Behind the Music, of course, if you only want to scratch the surface or wet your appetite, then that 60 minutes isn’t bad.

The insights of amazing research, access and knowledge from Wall are brilliant.

Of Cliff Burton’s musical philosophy, Jan, his mom, explained: “There’s somebody in their garage that hasn’t been discovered that’s better than you are.” A driving force like that philosophy, when it meets another force of nature in the Ulrich / Hetfield two-headed giant, could be the reason for their success.

On Burton’s replacement Jason Newsted, specifically on his leaving the band, Kirk says, “It’s been a huge learning experience and something that Jason set in motion for all of us. He was the sacrificial lamb for our spiritual and mental growth as well as our creative growth, and it just sucks. It’s medieval.”

But overall, whether their bassist was McGovney, Burton, Newsted or the current Trujillo, I think Wall gets it spot on when he says “Metallica’s blood was purer, truer; they belonged to a proud tradition that stretched back through Iron Maiden and Motörhead, to ZZ Top (before the cutesy videos) and Lynyrd Skynyrd; all the way back to Zeppelin and Sabbath; groups that didn’t kiss ass or kowtow to the Man.”

This book isn’t just about Metallica and the players, it’s about the music, marketing and the Big Four. It’s about Napster, rehab, therapy and rising from the ashes.

The Napster debacle summed up best by Wall with, “Metallica may have had all the legal rights in the Napster case but publicity it was the website that would occupy the moral high ground, becoming Robin Hood to the band’s nasty Sheriff of Nottingham.”

On the Big Four, Megadeth bassist David Ellefson is in the book saying, “You know, they talk about the Big Four. Quite honestly, there was a Big One, and that was Metallica. They were miles ahead of all of us – they’re the U2 of heavy metal. They kind of transcended everything. They are true royalty. As far as the rest of us, there’s a Big One and then quite a ways behind them there’s the other three of us.” 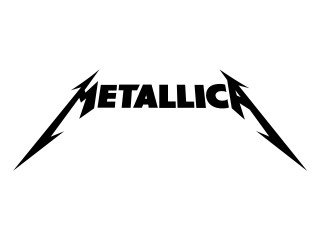 “Only seven artist have sold more albums in America than Metallica. Three of them – The Beatles, Led Zeppelin and Pink Floyd – are officially defunct. Of the others – the Eagles, Aerosmith, the Rolling Stones and Van Halen – while they still tour and record sporadically, all can now be considered nostalgia acts, great to see, but no longer considered in the vanguard when it comes to making new music. Until recently Metallica was the sole exception. Not just touring and recording but still considered to be vital, even important. For how long that will continue, however, only time will tell. At this stage, it hardly matters. Their appeal will remain undimmed.” This could be Metallica’s epitaph, but at this point, Wall is right, it doesn’t matter.

The band has had its ups and downs. It has been through the ringer and back and this book chronicles all of it. Is this book a must read for Metallica fans? Absolutely, but it is also a must read for bands starting out, regardless of their music genre. Let this book and the story of Metallica show bands and wannabe bands starting out the possible pitfalls of fame and fortune. In fact, this should be required reading for future rock stars. May they learn from Metallica’s mistakes, so they don’t follow a similar path.

is quite possible THE definitive book on the story of Metallica up through 2010, when it was released.

Read the Secret File of technical information and quotes from Enter Night.

Metallica – And Justice for All

Metallica – Metallica a.k.a. the Black Album

Let’s finish this up now, someone is waiting for you on that.
The path of life shall lead upwards for you.
Nothing in the world can take the place of persistence.
More Fortunes >