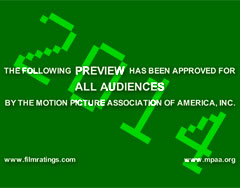 When looking back at 2014 in terms of geekiness, it has to be stated that 2014 was the “Year of the Trailer,” but it was so much more than that.

It was a year with sport, entertainment, loss, excitement and controversy, pretty much like every year.

I mentioned that it was the “Year of the Trailer” and it was. The teaser trailer for Avengers received a wonderful reception, while many others were taken back to 1994 with the Jurassic World trailer and the internet further exploded over the teaser trailer for Star Wars: The Force Awakens.

But there were actual movies that had an impact on the year. The crowdfunded (by Kickstarter) Veronica Mars movie, made quite the splash, we returned once again to Middle Earth with The Hobbit: Battle of the Five Armies, albeit for the last time and Marvel had another banner year.

Captain America: The Winter Soldier was earth-shattering and was even more exciting due to its tie-ins with Agents of S.H.I.E.L.D. Guardians of the Galaxy broke box office records and then there was the announcement of Marvel Phase Three. I’m aware that DC had a good year with Gotham, Flash and Arrow and their announcements of future films, but none of those things created the bedlam that Marvel created in 2014. I would be remiss if I didn’t mention the affirmation of a Deadpool movie with Ryan Reynolds playing the Merc with a Mouth!

Moving to the world of sport, the 2014 FIFA World Cup in Brazil was so fascinating to watch, that even America got caught up in World Cup Fever. And why not? The US had the Secretary of Defense in goal, Mr. Tim Howard. Also on the pitch, Americans watched one of the greatest stars it has ever produced play his last competitive game as Landon Donovan went out on top as a champion. 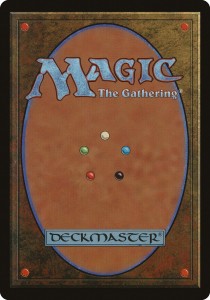 Also going out on top were Stephen Colbert, whose Colbert Report ended it’s run just one night before Craig Furgeson gave up the reigns on the Late Late Show.

In the world of mass media and entertainment, the controversy surrounding the hack of Sony Entertainment and it’s fallout with leaked passwords, emails and other documents will have further implications in 2015, I am sure.

Back here on this blog in 2014, I dissected Old School Magic: The Gathering, started Interrogating interesting people, rediscovered my love for reading and continue to delve deeper into what I consider classic movies, like WarGames, Heavy Metal and The Big Chill.

I also chronicled the re-emergence of the Twinkie, researched our fascination with the sinking of the Titanic, learned of the gifted Ferdinand Cheval and still found some time to go to a few conventions. I went from podcast fan to podcast fanatic, and I shed a tear when we landed a man-made object on a comet, because we landed something on a comet, on purpose! 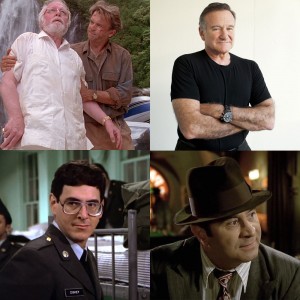 Through it all, the one thing I can say for certain about 2014 is that it will not be duplicated. Years, just like days, may seem the same from one to the next, but they are unique and can knock us down and pick us back up with ebbs and flows we cannot foresee. That is what it is like to live. Whether it’s because your favorite movie came out, your hero has passed on, or you accomplished most of your goals.

2015 is right around the corner… What will you do with it?

Look forward to great fortune and a new lease on life!
Sharing little joys offer great hope to others.
Courtesy is the password to safety.
More Fortunes >