I, Agent Palmer, was asked to Infiltrate Podcast Without Borders 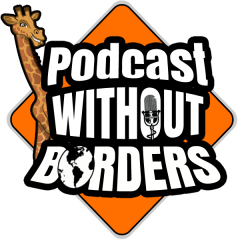 For the third consecutive week, a podcast will be released with an appearance by Agent Palmer. This time I had the pleasure of joining Aaron, Dave and their new co-host Cole on Podcast Without Borders Episode 36. It was Aaron picks month and I was honored to be his third choice.

These giraffe loving Canadians are out to have a good time and share it with the world. To quote the Giraffe, their mascot; “I started Podcast Without Borders so Aaron and Dave could talk to interesting people. Maybe this will help them become interesting, or even funny. ‘

Now with Cole joining the mix, this three-headed podcast behemoth is out to take over the world and they asked for my assistance.

You’ll here us talk about their beloved Blue Jays, who had just beat the Texas Rangers in game five of the American League Division Series, with the brawls, errors and the bat flip heard round the world. We also discussed Playboy going PG-13 and of course geeked out a bit. 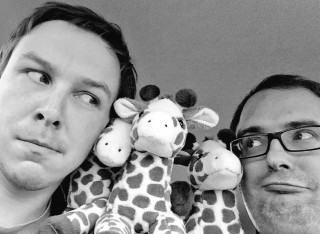 Giraffe is the STAR of Podcast Without Borders

Again, or I should say, for the second time in the three weeks of Agent Palmer podcast guesting, I spoke and defended the Star Wars prequels, which I haven’t actually had the time to watch in many a year, the last time being my appearance two weeks ago on the GeekDig Podcast. It’s something I plan to remedy soon, because maybe I am looking back at them through “rose colored glasses?”

We also spoke about social media and really spent a good deal of time talking about whatever came to our minds, which is the normal chaos that I hear when listening to them on a weekly basis anyway. Why mess with a good thing?

Now, I have podcasted with Diamond Dave before, last week as a matter of fact on the Inglorious Gentlemen podcast, and I’ve heard these guys every week for quite a while now. 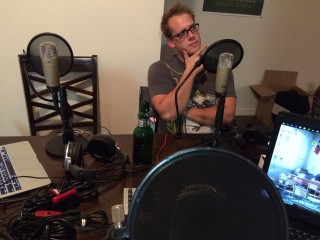 The thing is, since I interact with both Aaron (@ACorbett48) and Dave (@DavidMaier7) on Twitter and listen to their show, getting “on the mic” with them seems as natural as going for a cup of coffee with friends. Cole isn’t on Twitter yet, but if he doesn’t get on soon, I’m sure Aaron and Dave will set it up for him.

This is also the second time I have written about Podcast Without Borders, the last time being their Episode 24 when they sat down with Seven Days a Geek; both Jason and Grant for a marathon three plus podcast.

The point is, you should listen to Podcast Without Borders. Listen to my episode or don’t, but these guys are entertaining and belong in your playlist queue. I’m not sure why you wouldn’t. They are as nice a group of podcasters as you will find and they’re Canadians, eh!