Steve Jobs by Walter Isaacson: A Biography of the Man from the Intersection of Humanities and Sciences 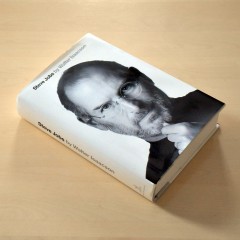 I’ve never been an Apple person, so you can’t call me a MacHead. That doesn’t mean I don’t have respect for Steve Jobs, which is why I picked up his biography by Walter Isaacson. Jobs was an innovative thinker and one of the creative minds that has led technology to where it is now.

Jobs is arguably, along with Steve Wozniak, one of the paramount forefathers of personal computing, as well as the modern mobile age. I, like many others, was interested in how this all came to be – how he was able to see the future before it was here.

The book based off of more than 40 interviews conducted with Jobs along with more than 100 other family members, friends, adversaries, competitors, and colleagues has one key narrative that returns time and time again: being at “the intersection of humanities and sciences.”

Jobs refrained this during a few of his now famous product unveiling presentations, with a picture showing the sign for “the corner of Technology Street and Liberal Arts Street.” But how did he get there? How did we come to stand with such purpose at that intersection? 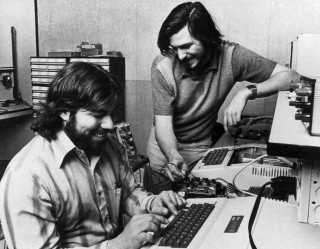 I believe a quote from Bono within the books sheds some light on this answer. “The people who invented the twenty-first century were pot-smoking, sandal-wearing hippies from the West Coast like Steve, because they saw differently,” he said. “The hierarchical systems of the East Coast, England, Germany, and Japan do not encourage this different thinking. The sixties produced an anarchic mind-set that is great for imagining a world not yet in existence.”

But it’s a little more than that. Jobs once said; “Taking LSD was a profound experience, one of the most important things in my life. LSD shows you that there’s another side to the coin, and you can’t remember it when it wears off, but you know it. It reinforced my sense of what was important–creating great things instead of making money, putting things back into the stream of history and of human consciousness as much as I could.”

However, it wasn’t just the drug culture, or even the Zen influences that made up Jobs’ base for creating and redefining industries at seemingly every turn. Isaacson had the best words for how Jobs started on this path.

“This fusion of flower power and processor power, enlightenment and technology, was embodied by Steve Jobs as he meditated in the mornings, audited physics classes at Stanford, worked nights at Atari, and dreamed of starting his own business.” 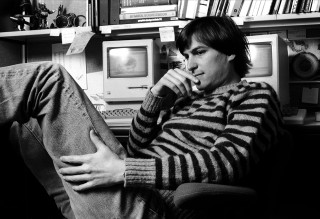 But this doesn’t mean that Steve Jobs, the David-turned-Goliath of the technologies, was perfect. Chrisann Brennan, the mother of his sometimes exiled daughter Lisa, said, “He was an enlightened being who was cruel.” And former Reed College classmate Greg Calhoun said, “He could be very engaged with you in one moment, but then very disengaged. There was a side to him that was frighteningly cold.“

But not all of this really came to the forefront of his story. You could easily argue that Steve Jobs wasn’t just a technologist and innovator but a struggling artist. His “reality distortion field,” a common recurring theme within the narrative of his life, was a way for him not only to have a laser focus on creating or innovating the next best thing or next new thing, but it was also a way to ignore anything he didn’t want to or wasn’t ready to deal with.

That’s not to say he could have accomplished what he did any other way. “When our discussion turned to the sorry state of the economy and politics, he offered a few sharp opinions about the lack of strong leadership around the world. ‘I’m disappointed in Obama,’ he said. ‘He’s having trouble leading because he’s reluctant to offend people or piss them off.’ He caught what I was thinking and assented with a little smile: ‘Yes, that’s not a problem I ever had.'” 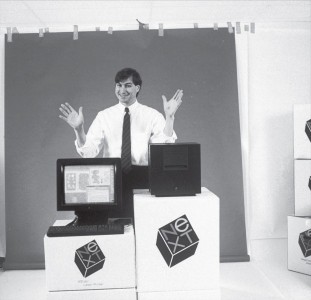 So he’s aware he could have been nicer, maybe he was even aware that the dichotomy of seeing things as either complete shit or brilliant, could have been taken down a bit, but that’s the good news about his “reality distortion field.” At times, the people around him were taken and and benefited from this distortion. Bill Atkinson, an early Apple employee, exemplifies the positive distortion by saying, “Because I didn’t know it couldn’t be done, I was enabled to do it.”

Steve Jobs notoriously supported a closed system for personal computing and is considered by some to be the poster child for it. He turned open system proponent Steve Wozniak around a bit while he competed against other open system supporters like Bill Gates and, later, Google. This Open versus Closed debate is still raging on. But as the book and even Gates has said, the iPod, iPad, and a few other of Apple’s core innovative products, could not have first been created without the closed system of the Apple way.

However, Gates said, at least twice in the book, that it wasn’t just Apple, but rather Apple with Steve Jobs at the helm, that made this innovation possible. And despite Jobs’ best efforts, it looks as though Gates may be correct.

But there’s more to this story than computers. Steve Jobs changed the movie industry, music industry, and is at least partly responsible for the mobile technology industries (phone and tablet) as they are today. This book covers it all. It is a truly fascinating look into what he did, how he did it, and what fallout there was along the way. 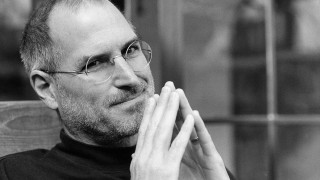 One of Jobs lamentations about technology was the current culture of the next big idea leading to a big payout, which the innovators could then take and move on. He created a company in Apple that he hoped would innovate for long after he passed, but he really wanted the Zuckerberg’s of the world to keep innovating after their first IPO. After all, it’s what he did. He went from Apple, to NeXT, to Pixar, and back to Apple, innovating, for better or worse, for success or less than stellar results, but he kept on creating. 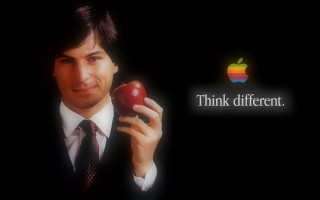 It’s possible that there aren’t many like Steve Jobs, if any at all. However, it’s the idea that Jobs made creation and innovation possible to the masses and that we aren’t doing much with it that should impact us most.

Yes, the “Think Different” movement has created a world of computers and devices in Apple products that artists use, but what about the empty “corner of Technology Street and Liberal Arts Street” where Jobs used to innovate. Is anyone else going to step in and fill the void left from Steve Jobs passing at “the intersection of humanities and sciences”?

I’m not a huge Apple fan, but even I believe that some innovator or group of different thinkers should stand there. I highly doubt that one single person can stand on the corner of Tech and Arts and do precisely what Jobs did.

His genius may be gone, dispersed into the products and services he helped create, but his company and legacy live on. What we all do with it is up to us.

Read the Secret File of technical information and quotes from Steve Jobs by Walter Isaacson.

Steve Jobs and the iPad

Even a broken clock is right two times a day.
Look forward to great fortune and a new lease on life!
Today it’s okay to make a few choices by going with your instincts.
More Fortunes >