A Book Report on Masters of Doom: How Two Guys Created an Empire and Transformed Pop Culture by David Kushner 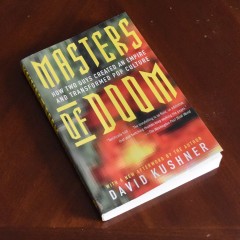 Sometimes the story is of the game and not just in the game.

Such is the case for my favorite games Wolfenstein 3-D, Doom, Quake, I played them all and I played them a lot. On occasion I still pull out the original Quake and play away my stress by blasting monsters to bits. So I was intrigued when I learned of Masters of Doom by David Kushner about the two Johns; Carmack and Romero, who came together to create these games and more.

It is hard to review this book without retelling the story, so I will as best I can recap some of the tale while urging you to go out and pick up this book for yourself.

The book follows both Johns from the beginning of their lives to how they met, as well as other characters along the way, eventually leading to the creation of id software and its imminent downfall. But this book is also a commentary on gaming as a subculture, a culture, and a multi-billion dollar industry.

After jumping into the burgeoning subculture author David Kushner, “spent the next six years exploring and chronicling the lives and industry of gamers. It was both amazing and frustrating to me that this multibillion-dollar business and culture remained such a mystery to so many people, and that mystery was breeding confusion and misperceptions everywhere I turned. To me, the story of John Carmack and John Romero was a classic American adventure that captured the birth of a new medium and the coming of age of two compelling and gifted young people. By telling it, I hoped to give gamers the respect and understanding they deserved. And I wanted the reader to have a good time.” 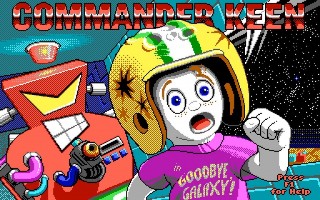 Once the two Johns meet at Softdisk, the book outlines a meteoric rise to stardom in an industry still in its infancy. And from the beginning the cracks start to show. As Kushner writes, “An early and apparent difference between the Two Johns’ internal human engines was the way they processed time. It was the kind of difference that made them perfect compliments and the kind that would cause irreparable conflict… Carmack was of the moment. His ruling force was focus… Romero, by contrast, was immersed in all moments: past, future, and present.”

From the creation of Commander Keen and a replication of Super Mario which they failed to sell Nintendo on porting over to the PC, to then leaving Softdisk and creating id Software and then moving from Shreveport to Madison, Wisconsin, there are many successes and tribulations. One thing that could have derailed their success was a deal with once gaming giant Sierra that  also fell through. With Nintendo and Sierra behind them, they could forge their own path with id Software.

Kushner also makes sure to talk about violence in video games, discussing one of the first times Senator Lieberman brought the plight of video game violence to the Senate floor on December 9th 1993, one day before Doom was released as shareware and took down the network of the University of Wisconsin, which happened to be the first place the game was uploaded.

“As their success grew, Carmack’s and Romero’s personalities came into even sharper contrast. Carmack sank deeper into his technology; Romero, deeper into game play. Tome documented their differences in a hint manual he wrote for Wolfenstein 3-D. He characterized Romero as the ultimate player and Carmack the ultimate technician–or, as he put it, the Surgeon and Engine John.” 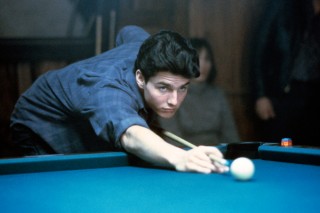 Tom Cruise in The Color of Money

And how did the name Doom come about?

“All they needed was a title. Carmack had the idea. It was taken from The Color of Money, the 1986 Martin Scorsese film in which Tom Cruise played a brash young pool hustler. In one scene Cruise saunters into a billiards hall carrying his favorite pool cue in a stealth black case. ‘What you got in there?’ another player asks.

Cruise smiles devilishly, because he knows what fate he is about to spring upon this player, just as, Carmack thought, id had once sprung upon Softdisk and as, with this next game, they might spring upon the world.

From Doom the book moves onto the success of Quake and the subsequent falling out of the two Johns and what happened beyond their split. All the while he discusses the government crackdown on video games, as well as the unfortunate fact that gaming culture that was blamed for, among other incidents, the Columbine shooting.

And Kushner also explains the shareware side of the story, noting their successes because of a reliance on shareware. “Without an ad campaign, without marketing or advance hype from the mainstream media, Doom became an overnight phenomenon in an online domain that, as fate would have it, was simultaneously beginning to explode.” 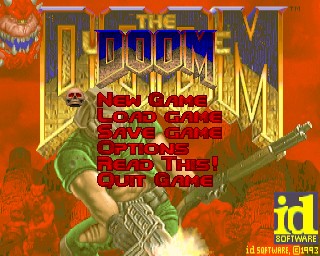 Kushner wrote “Schools, corporations, and government facilities blessed with fast computers, high-speed modems and, most important, people familiar enough to make them work were overtaken by the game–sometimes literally. Over the first weekend of Doom’s release, computer networks slowed to a crawl from all the people playing and downloading the game. Eager gamers flooded America Online. ‘It was a mob scene the night Doom came out,’ said Debbie Rogers, forum leader of AOL’s game section. ‘If we weren’t on the other side of a phone line, there would have been bodily harm.'”

And his research into what the shareware movement meant was eye-opening. “Soon, however, many began to marvel at how id might make companies like Microsoft or IBM look obsolete. Id had taken the shareware phenomenon and transformed it into a recipe for addiction. Doom was so compelling that people just had to have the full dose. Some dubbed it ‘heroinware.’ Forbes magazine published a gushing article titled “Profits from the Underground” about how id, in fact, was making companies like Microsoft obsolete. ‘Privately held id Software doesn’t release financials,” it read, “but from what I can flush out about the company’s profit margin, it makes Microsoft look like a second-rate cement company.’ The write calculated that id’s estimated $10 million in revenues would give them a profit margin that would rival Microsoft’s. ‘What happens to this kind of business when the data superhighway arrives? …No sales force, no inventory costs, no royalties to Nintendo or Sega, no marketing costs, no advertising costs, no executive parking spaces. This is a new and exciting business model, not just for games, and not even just for software, but for a host of products and services that can be sold or delivered via an electronic underground.'”

Kushner also found out that id Software were somewhat prophetic in their expectations for Doom. “The day after Doom’s release; id saw profit. Even though only an estimated 1 percent of the people who downloaded shareware bought the remaining game, $100,000 worth of orders were rolling in every day. Id had once joked in a press release that they expected Doom to be ‘the number one cause of decreased productivity in businesses around the world.’ The prophecy was true everywhere, it seemed, including their own.”

He does give gamers respect including those who feel as if they are outcasts and that the culture is still a subculture. He also attempts to explain why people game and why video games so popular.

Kushner’s own thoughts on gaming are just as valid as the quotes he pulls from Plato, Johan Huizinga and Marshall McLuhan. “Everyone has unfulfilled dreams,” he wrote. “Maybe the dreams are too costly or time-consuming: fly a plane, drive a race car. Maybe they’re too far-out: fight an alien space war, stalk a vampire. Or maybe they’re illegal: streak through the suburbs, hunt down the boss with a sawed-off shotgun. But the dreams are there, nonetheless, animating minds every day. This is why there is a multibillion-dollar industry that lets people explore these fantasies the best way technology allows. This is why there are video games.”

This book is more than just the story of the two Johns. It’s about gaming and it should be required reading for anyone who considers themselves even slightly a “gamer”.

Read the Secret File of technical information and quotes from Masters of Doom: How Two Guys Created an Empire and Transformed Pop Culture by David Kushner.

Courtesy is the password to safety.
Fame and fortune are coming your way.
You are interested in higher education, whether material or spiritual.
More Fortunes >