In constant pursuit of “The New New Thing” 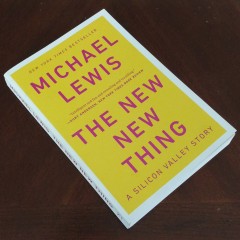 “The New New Thing” by Michael Lewis is a fantastic trip through the history of Silicon Valley, and beyond that it’s the story of Jim Clark.

He starts by stating that “this book is about a search that occurs on the frontiers of economic life.” But it is also about the history of economics and the technological advancement that brings about growth and change, not just for economics and the market but for everyone.

And there in the middle of so much of that change is Jim Clark, a visionary behind such Internet bubble corporations like Netscape and Healtheon. Clark was there at the zenith of, as John Doerr put it, “the greatest legal creation of wealth in the history of the planet.”

But like all stories, there is more to this one than just technology and economics. 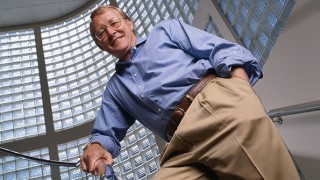 Lewis does a deep dive into who Jim Clark is, and I realized not too far into the book that he’s like everyone out there who has a blog, or a podcast, or creates something either on or for the web. He is “doomed to be forever searching for the new new thing.” That’s something that many of us, as digital creators do. We’re always searching and never taking the time to stop because there is always the next thing.

The other thing that Lewis captures of Clark, which is very real to the digital creators I know personally and know of, is the multifaceted way we all strive for what’s next. Most of us don’t just do one thing. Like Clark, who was creating billion dollar companies while slaving over his boat, most of us work in more than one area, often blurring the lines between work and fun. However, unlike Clark, many of us aren’t working on anything remotely close to even billions of dollars. We still do it because we have that spirit. We also have the drive to search for the new new thing.

As Lewis describes it, “The truth was that no casual observer could say when Clark was working and when he was playing. In part this was because, to Clark’s way of thinking, the big distinction wasn’t between ‘work’ and ‘play’ but between ‘creating new technology for money’ and ‘creating new technology for pleasure.’ In part it was because there was no distinction at all.”

As I read on, learning more about the economics and history of Silicon Valley as well as the workings – or at least Lewis’s observations of the workings – of Jim Clark, I realized that a) I am not alone, and b) I have some things in common with a billionaire who has forever changed part of the world’s largest economy. That’s pretty cool when you think about it. 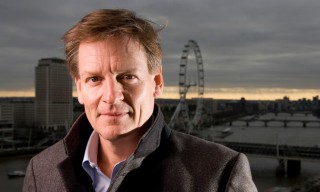 This is a must-read book for anyone working within the confines of the Internet or any kind of technology. It may be that Lewis followed around one man, Jim Clark, but the story is about something broader. In many ways it’s the story of how we got here. By here, I mean not just internet culture, but the technology that has aided its rise to prominence: the personal computer revolution, mobile technology, and more.

But for me, the single greatest line in the book is, again, one that I relate to on a wholly real level. Lewis at one point says of Clark that “circumstance had made him an insider, but temperament kept him forever an outsider.”

I suppose this is true of most visionaries, but for those of us putting ourselves out there in this digital age, there will always be a temperament that most of us share that keep us “outsiders.”

Read the Secret File of technical information and quotes from The New New Thing by Michael Lewis.

Even a broken clock is right two times a day.
You are interested in higher education, whether material or spiritual.
Sharing little joys offer great hope to others.
More Fortunes >