Given her job and access to the startup scene and entrepreneurs, Doree Shafrir is one of the most qualified individuals I can think of to write and comment on tech, social media, and Internet culture at large.

With “Startup: A Novel,” she did in a way. But she wraps those comments about media, including journalism, in a compelling story of harassment.

“When Mack’s bad behavior collides with Katya’s search for a salacious post, Sabrina gets caught in the middle as TakeOff goes viral for all the wrong reasons. As the fallout from Mack’s scandal engulfs the lower Manhattan office building where all three work, it’s up to Katya and Sabrina to write the story the men in their lives would prefer remain untold. “

Honestly, as much as I am regrettably in the category between millennials and Generation X, I can relate to most of her characters including each of their criticisms on social media, the state of journalism, and the current tech scene. 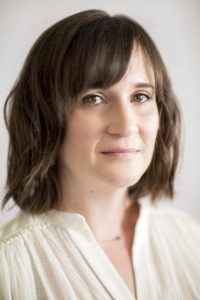 The characters are at the forefront of this piece of art. In spite of not being remotely close to the scenes she’s writing about or at least not being even a tangential member of the worlds next to those worlds, I know these people, or at least I recognize​ facets of them in others that I do know.

That familiarity builds a sense of buy-in that others should be able to connect with when they read through “Startup.”

Mack McAllister is the guy who thinks entrepreneurship is not only his lot in life but his destiny. Katya Pasternack is an ambitious, if not unsure of herself, journalist. Meanwhile, Sabrina and her husband Dan get to play in a sandbox of startup culture with the likes of Mack and Katya, who are years younger and not always as wise as they want to be. Even the somewhat passing characters have their place as what should be tropes, yet somehow they aren’t in startup culture.

The characters appear to be at their most honest when they’re on a rant. Take, for example, Dan’s lamentations over short messaging platforms: “I love Twitter but, man, it really has ruined journalism.”

“This was a familiar rant of Dan’s, right up there with how young reporters today didn’t know how to pick up a phone and instead got all their information online, how pointless journalism school was, and how many resumes he got each week from people his age who had finally figured out that print was dead and they should jump on this newfangled internet train.”

Later, he adds:
“…and his app is so dumb and pointless–like, why do we need something telling us how to cheer up, as though man’s preferred state of being at all times is to be cheerful so that you can do better work or be a better you–which, by the way, is such a startup way of thinking. It’s like they can’t imagine a world where people have actual emotions or feel sad or angry or frustrated; everything has to be fixed immediately…” 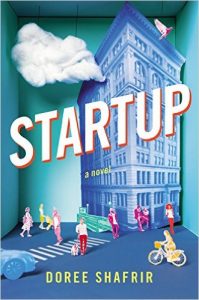 Startup: A Novel by Doree Shafrir

We glean even more from Katya’s thoughts on guilty pleasures:

“And people who said that they watched shows ironically or as ‘guilty pleasures’ she understood even less. Life was short. Why waste it on something that made you feel like you had to explain yourself?”

…and her positions on being a reporter:

“Being a reporter was like a delicate dance with a stranger where you were never quite sure whether you were leading or not, and if you stepped on someone’s toes, that person might run off the dance floor crying.”

…or her general comments throughout “Startup” on the state of youth:

“…a new generation of twentysomethings, the data scientists and brand strategists and software engineers and social media managers and product leads and marketing associates and IT coordinators ready to disrupt the world with apps.”

There’s an honest and truthful frustration from all of the characters about all the others that just works, it is that simple. But to have wrapped it all up in a compelling story makes this a must-read.

My favorite sentiment in the whole book is from Sabrina, being that she “remembered that she used to think that if she wasn’t exactly destined for greatness, she would definitely at least be destined for significance.”

Doree, has given a voice, in the form of this book, for those of us who are on the cusp, in between millennials and Generation X. This isn’t a wake up call, it’s a rallying cry. It has all of the sentiments that I have thought to myself in regards to millennials and startup culture. But she handles it with a class far beyond the words and structure I could come up with. 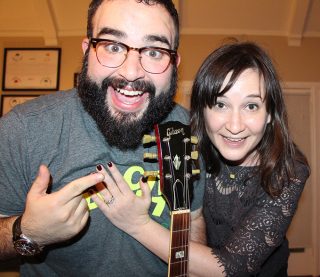 I sincerely hope that you go pick up this book. And I hope that this is not the last we’ll read of a Doree Shafrir novel. Her insights into culture are spot on and should spread like wildfire throughout the land.

Doree, I’ve read what you wrote, I hear what you’re saying, and I’m with you. Also, since I’m writing to her, I should also thank her husband, Matt Mira, because his promotion is the reason that I pre-ordered my copy, but it is on the merits and talent of Doree that I read it start to finish in less than a day.

Read the Secret File of technical information and quotes from Startup by Doree Shafrir.

Today it’s okay to make a few choices by going with your instincts.
Nothing in the world can take the place of persistence.
The path of life shall lead upwards for you.
More Fortunes >