There is only so much you can discuss regarding this book without spoiling it. It is a direct continuation from The Scions of Shannara, which preceded it and will continue on in The Elf Queen of Shannara the next in this set of four books, about The Four Lands known as The Heritage of Shannara.

But without spoiling this great read, I can focus on ten quotes from the book through which Terry Brooks imparts wisdom to you, and me, dear reader.

Before that, let’s set it up a little bit more. In the first part of this series Par, Wren and Walker were given their charges. In this book, we see them all continue along the paths set before them in Scions to save The Four Lands from the Shadowen. That’s it. It’s more of Part 2 of 4 than it is a stand alone. But there are some new characters we get to meet as well; Quickening, Pe Ell, Horner Dees, and Carisman to name a few. 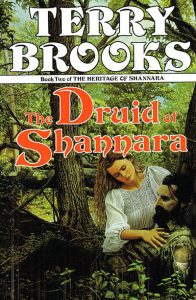 The Druid of Shannara by Terry Brooks

So, without further ado, let’s get to the quotes!

1. “There is always purpose in magic–even when we don’t understand what it is.”

If you change “magic” to “skill” then this quote told to Walker Boh from his mother, will be relatable to all of us. Though we do not always know the purpose, the constant is that there always is one.

2. “Ha! That’s the ache of your joints you feel, nothing more! You believe what you want to believe, not what is. The truth is that we have no more sense of who this girl is that we do of what tomorrow will bring. It is pointless to get our hopes up!”
“It is more pointless to keep them down!”

Explaining that “this girl” is Quickening, does not spoil anything, but that’s not important. What’s important is that you should strive for positivity. Although I would caution, while getting your hopes up is more important than keeping them down, getting them too high, can’t be good either. So a moderate optimism is probably better than none at all.

3. “We use so many words to describe what happens to us, and it all amounts to the same thing. We live out our lives as we are meant to live them–with some choice, with some chance, but mostly as a result of the persons we are.”

Wise words from Cogline, as this is a universal truth. While “choice” and “chance” are everyday experiences, it is our own personal makeup, “the persons we are” that determines the lives we are meant to live.

Pe Ell explains this to Morgan Leah about trust. There isn’t much more to add, as he really hits the nail on the head. Trust isn’t quite the freely traded commodity we would prefer it to be. 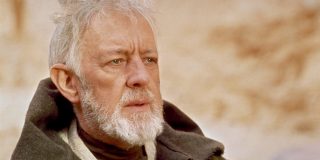 5. “I’ll take you because it’s true that I haven’t seen everything or found all the answers and what’s life for if not to keep trying–even when I don’t believe that trying will be enough.”

6. He wrestled with the specter of his destiny in the silence of his thoughts.

We don’t all “wrestle” with the specter of our destiny. Some people completely ignore it altogether, but those of us who think about it, don’t usually do so passively.

7. Morgan laughed in spite of himself. “Brave soldiers? Or fools?”
“Maybe both. And maybe we are just stubborn.”

Brave soldiers, fools, or stubborn? It’s a question we could all ask ourselves. But it seems to me that when you think back to Horner’s quote on “what’s life for if not to keep trying,” then it is those of us who continue to work against the grain to find ourselves, and even those who get the odd chance to work with little resistance, there’s probably a little brave soldier, a little fool, and a little stubbornness all mixed in us. 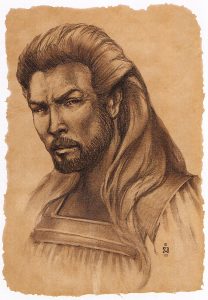 8. He had given so much of himself to the struggle to understand and control the purpose of his life, battling with the twin specters of legacy and fate.

Sometimes, when you look at the quotes and lines I’ve pulled prior to this, things just line up. In this instance, “the struggle to understand and control the purpose” of life isn’t always a struggle worth undertaking. Sometimes, you just have to do it and keep a sharp eye out, and a little thought to understand what is happening, not always why.

9. He no longer questioned that his doubt must give way to resolution; he did not choose to mire himself further in the “what ifs” that had plagued him for so long. Circumstance had placed him here, and that was enough.

Don’t play the “what if” game with yourself. You’ll waste more time in gaining introspection than you would have had you just moved on.

10. His decision to do so had been long in coming and repeatedly questioned. It had resulted from an odd mix of circumstance, conscience, and deliberation.

This one is just a personal favorite because looking back on my own life, I feel like everything I’ve done has resulted from “an odd mix of circumstance, conscience, and deliberation.”

Anyway, there you have it. I share these freely, but I can’t strongly recommend this book without first reading the book, The Scions of Shannara, which precedes it. Again, it’s a series of four books and they, as The Heritage of Shannara, make up what is turning out to be a very compelling saga.

Read the Secret File of technical information and quotes from The Druid of Shannara.

Things are turning for the bright side.
You are interested in higher education, whether material or spiritual.
To let another into your heart, first let yourself in.
More Fortunes >