From Intern to Park Manager: The Evolution of Claire by Tess Sharpe (A Spoiler Free Review)

From intern to park operations manager of Jurassic World. The Evolution of Claire by Tess Sharpe focuses on Claire Dearing, not as we know her, but as she was when she first came to Jurassic World as one of the Bright Minds interns before the park was open to the public.

It is during this internship on Isla Nublar, that Claire finds herself in the middle of a mystery that will leave her changed forever. It is that mystery, along with her self-discoveries and the new experiences of a yet to be opened Jurassic World, that evolve Claire into the person we meet in the first Jurassic World film and who we come to know more of during Jurassic World: Fallen Kingdom. 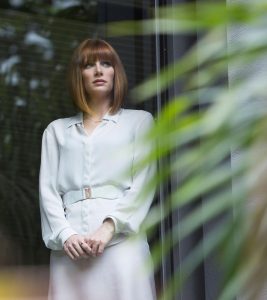 This was a quick read for me, as it is intended as Young Adult fiction, but that doesn’t mean it should be discounted as a part of the Jurassic franchise. On the contrary, this book has just enough science in it, albeit simpler science, to belong on a shelf with Michael Crichton’s Jurassic Park and The Lost World. And what’s more, it’s full of continuity.

Every time there was a mention to Dr. John Hammond and the original park or other events in the series, the fanboy reader in me smiled. For an example that puts this book into context, “When they announced Dr. Hammond’s breakthroughs after the photos of the first dinosaurs surfaced, I was twelve.” In fact, there’s also mention of Hammond’s death and the fact that Dr. Ian Malcolm became a pariah after he went public with the events of the first park that we are now so familiar with. But my favorite line of continuity from the book refers to The Lost World. “The first live dinosaur most people ever saw was a T. rex. When it got loose in San Diego, it changed the world.”

It also drudges up some of the same old questions from every part of the franchise. “How do you teach a creature who never existed around humans to exist around them? How much is nature? How much is nurture? How much instinct is written in those precious DNA strands? Can you undo it? Should you?”

However, this book is also filled with the other side of that coin, what I like to call Hammond’s side of the coin, which Claire describes as “the power of asking yourself what if?” Afterall, it was Hammond’s “what if” that first created the dinosaurs and that first park on which this entire Jurassic Universe has been built. 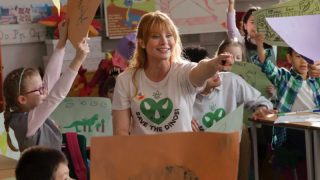 Claire Dearing after the fall of Jurassic World

And while for fans of the series, in either book or film form, what I have described should be enough to entice a reading of this book, it may not be enough for everyone.

In fact, while the book doesn’t take you step by step from intern to operations manager of the park, it does lay the groundwork so you can figure it out on your own. But that’s not all. This book is also a book of female empowerment.

It’s not a feminist manifesto or anything. But, it is full of Claire’s personal empowerment, so much so, that before I finished reading the book I was recommending it to friends with daughters and I will continue to do so.

There are gender inequality and double-standards. Examples include: 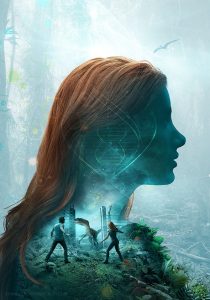 “One Christmas I got this book about historical women. Stories about women like Ada Lovelace and Ida B. Wells and Phyllis Wheatley. I was just starting to understand that the history books . . . the science texts I loved so . . . they weren’t as full of women who changed the world as they should be. So I loved this book. It was proof, but it was also a lesson.”

“The thing guys like Wyatt don’t understand is that we always belong to ourselves, in a relationship, and out of it. And the right person knows that. That’s why I put an end to seeing Jackson, the guy who said I was cold like my lizard. Because why would I waste my time? I could be doing so much more important things.

Being alone isn’t scary. Or it shouldn’t be. But for some people, I think it is. And it can lead to bad decisions. Hurtful ones.”

It’s also a coming of age story for a young adult just off her freshman year of college still looking to understand who she is and what she will be. It’s not just limited to Claire, but her fellow interns have a similar struggle. However, with Claire’s inner voice being the only one we read, she sets it all up well with some finality… “When you narrow yourself down to base instincts, strip everything else away–family, love, loyalty, intelligence–you discover who you truly are.”

That doesn’t mean she truly knows who she is, just that she knows how to get there. Claire is a contradiction, she says so herself, “I’m a rule follower. I’ll be the first to admit it.
But there’s a streak in me that’s part ruthless, part righteous–a twist of opposites, stronger together than apart.” 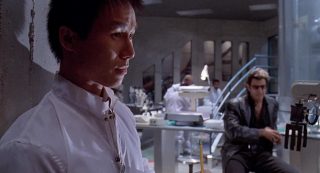 But of everything, her growth, education, empowerment and the base of this story as it relates to the rest of the Jurassic franchise, my favorite part (which isn’t a spoiler) is a conversation that Claire has with the famous, now infamous, Dr. Henry Wu. Plus, she gets to channel Dr. Ian Malcolm!

“Nature always finds a way,” I say.
Dr. Wu quirks an eyebrow. “Explain.”
“You make them all female so they won’t reproduce. But nature always finds a way. So do women, generally. Though with us, it’s more just battering against society than fighting nature’s forces. But here, with dinosaurs, you must constantly keep one step ahead of nature. Because they’ll evolve, no matter how many choices you make, or how many different DNA strands you splice into theirs. Evolution is what the beginning and the end have in common. You lose sight of that and none of this will matter, because we’ll be the ones going extinct.”

This is a fun read. It really is and no matter who you are, if you are a fan of the franchise, you should really “hold onto your butts” and get your hands on The Evolution of Claire.

Read the Secret File of technical information and quotes from The Evolution of Claire.

Courtesy is the password to safety.
Even a broken clock is right two times a day.
Look forward to great fortune and a new lease on life!
More Fortunes >