Broad Band: The Untold Story of the Women Who Made the Internet by Claire L. Evans 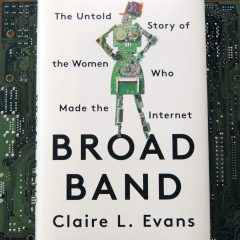 “The history of technology that you probably know is one of men and machines, garages and riches, alpha nerds and brogrammers. But from the first computer programmer in the nineteenth century through the cyberpunk era of the 1990s, female visionaries have always been at the vanguard of tech and innovation. They’ve just been erased from the story—until now.”

In Claire L. Evans brilliant words “This book is about women,” but it also raises more questions about the marginalized and forgotten heroes of every revolution, not just the digital one that brought about the Internet.

But that is the focus of this book. Evans does an exceptional job of not only spotlighting the forgotten heroes but drawing lines from their work (some of it their life’s work) to the accomplishments and breakthroughs that lead to the Internet as we know it today. It also reminds us of the cautionary tale that not all of history is attributed properly.

From Ada King (Lord Byron’s daughter) and the Analytical Engine to the early computers “that wore skirts” and the pioneering programmers they became like Katherine Johnson and Grace Hopper, to Patricia Crowther the inspiration for the first blockbuster computer game Adventure, to those female pioneers in the networking age of Jake Feinler, Radia Perlman, Stacy Horn, Dame Wendy Hall, and Marissa Bowe to name a few. This book covers a lot of ground, shining a light on history’s missing leading ladies of the digital revolution. 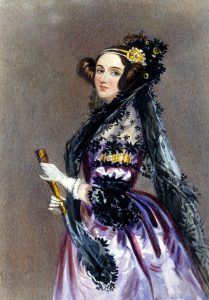 While I appreciate the accomplishments of these wonderful wonder women, there exists little to no context of the environment and competing ideas with which these women flourished in creating. I’m not saying this should have been a book about everyone, it’s focus was and should be women, but by ignoring the ideas of others because they were men, the context of history is a little light for anyone who isn’t already versed in the origins of the internet.

I am, and I can easily fill in the holes, and take myself back to places and times, because I have read other books. But to someone not as well read on the subject it might occur to them that these women are completely unique in their thinking. Some of them did have unique ideas, but if I learned one thing from reading about technological development, it’s that often times those individuals who are capable enough to see where things are going usually aren’t alone. They work alone until a competing idea beats them to the punch or they are joined in a combined effort to further things.

This book belongs on shelves because these women were largely forgotten by history, but you can’t presume that they were working in a bubble. I’ll admit women have been marginalized far too often and for far too long, and they as a whole (beyond those mentioned in this book) belong in history, but they are no better or worse scientifically than the men and their accomplishments whom they should stand next to. 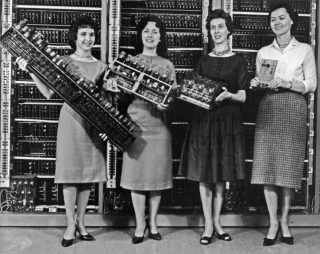 Innovation is often just like Jurassic Park’s Dr. Ian Malcolm says, “you stood on the shoulders of geniuses,” and in many cases that is exactly how this works. However, this book does fill the large void left by historians’ omission of women as a matter of either discrimination, ignorance, or apathy. And thus this book is extremely important.

If you’ve ever wondered what female-led endeavors had great effect on the internet as we know it today, then this book is a great place to start. But like the books that leave out women, this book is only a piece of the history and not the whole story. Unfortunately, there is not a gender-neutral version of the events that make up the digital revolution, and that is where this book excels at filling in some of the gaps.

If you’re interested in the history of the Internet and the digital revolution that spawned around it, this book must be on your reading list.

Read the Secret File of technical information and quotes from Broad Band by Claire L. Evans.

Fame and fortune are coming your way.
Things are turning for the bright side.
Today it’s okay to make a few choices by going with your instincts.
More Fortunes >