I don’t expect anger or hatred in response to this first viewing twenty years too late, but then again, my blog isn’t seen by millions, Bill’s podcast isn’t heard by millions and we both surround ourselves with a community that isn’t quite the standard bearing internet hate mongering that is so rampant.

Why is any of this relevant other than to let you know that I did yet another guest podcast appearance? Well, I’ll tell you. I don’t watch Game of Thrones either. I mean, I did watch the first season and a little of season two, but that was the end of it for me. It’s not that I didn’t like it, it just didn’t hold me.

“Oh, but you can’t judge something based on just one and a half seasons!”

Well, thanks for that intrepid insight internet, but actually I can. In fact, I gave it more than I give other things. Other shows and I wrote about hate-watching Riverdale for a few episodes, don’t get the benefit of a full season. So, I feel as though I gave it plenty of time to win me over.

“But you like fantasy, this is completely in your wheelhouse.” 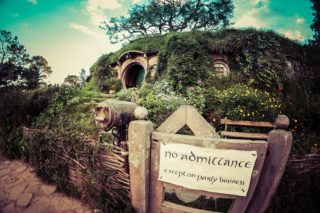 Thanks again internet, but it’s not that simple. Comic book readers don’t “like” all comic books. Science Fiction fanatics don’t like every science fiction film or book. Some fantasy readers like J.R.R. Tolkien but not Terry Brooks, and some fans of space operas prefer Star Trek to Star Wars. Just because you like the color green doesn’t mean you aren’t allowed to have a differing opinion on forest green from your thoughts on neon green.

While I enjoy the internet there are times where I simply can’t stand it.

I just watched The Matrix for the first time. But I’ve seen a ton of movies and read a ton of books that you haven’t watched or even opened one page on, and while I may suggest something to you, I don’t “hate” or pursue an argument because you didn’t view the film or buy the book. If you’re a close friend, I may give you a hard time, but I will let it drop.

Even with popular culture phenomena, people are allowed to not watch something. I once knew a colleague who never watched a single Star Wars film and bragged about it. That’s the other side and I’m not cool with that either.

There are no de facto rights and wrongs here except that people should be accepting that there is a lot of media to consume and not any one person can, will, or would want to consume exactly as much of, or the same kind of, media that you do. 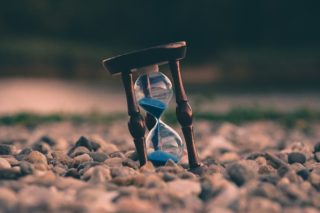 Can we just let it be? Probably not. If someone is late to the party, just welcome them in. The more the merrier, and for those who don’t want to partake, don’t force it. If someone doesn’t want to be at a party, you wouldn’t make them attend, so why force someone into a theater? And perhaps they’ll hate it? Ignorance isn’t hate, perhaps not pushing them away is reason enough not to push anyone in the first place?

Fact is, there are plenty of parties that we’re all not attending. There’s a lot of media. Enjoy the parties, which are basically the equivalent of fandoms in this post, that you are a part of with those that are with you. Want to invite some friends to join you? Great, but don’t be pushy. And for those who come late to the party… Welcome them, don’t be mean, perhaps they were doing something at the time or watching or reading something at the time that you’d love to discover but haven’t yet… Perhaps they were early to a party you didn’t even know you wanted to attend?

Think about it. And then maybe keep that opinion to yourself?

Just an opinion about opinions.

Or, to simply quote the Talking Heads lyric that somehow led to this post:
We are vain and we are blind
I hate people when they’re not polite

Things are turning for the bright side.
The path of life shall lead upwards for you.
Whoever wants to reach a distant goal must take small steps.
More Fortunes >