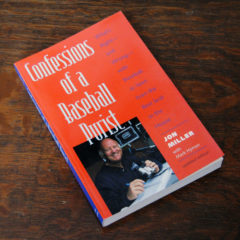 Why the title? Miller was called a “purist” on June 13, 1993 by then commissioner of baseball Bud Selig. The notions of “purist” are only tongue in cheek, though, however Miller covers some very historically relevant material. It appears that baseball along with many other things suffers from “the more things change, the more they stay the same syndrome.” Three of Miller’s examples are:

And along with these history lessons, Miller tells the story of his love affair with the Giants and Strat-O-Matic baseball, the latter of which started him down the path of broadcasting. Miller also speaks with reverence of those famous and not-so-famous voices that have described the game play by play, some of whom he worked with and others who he learned from and colleagues. 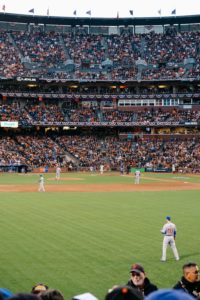 Of broadcasting, Miller lovingly writes, “A good baseball broadcaster should have fun and make the broadcast entertaining and informative. A good sense of humor is definitely an asset. But the first responsibility of any broadcaster is to the fans. That responsibility is to report what’s going on at the ballpark, vividly, clearly, and accurately. On radio, it’s about painting a picture of the action. On television, it’s about providing the proper information to complement the pictures…Look at any list of great baseball broadcasters. Each has or had a unique style, a different way of making the broadcasts informative and entertaining. But despite the wide variation in styles, they all come back to the same fundamentals: They tell the truth, give a good, accurate picture of the game, and they earn credibility with the fans.”

There’s also a lot of historical perspective based on the people Miller worked for and with over the years. Former Baltimore Orioles Owner Ed Williams, who was a lawyer, once told him, “In my business, even one loss makes you a failure… It’s real hard to get used to sixty-two losses being a great year.”

Miller also talks about the state of the game, particularly one state that bothers him a lot.

“In baseball, we’ve gotten into the habit of denigrating the game. Unintentionally. Unwittingly. Yet we do it.

“In other businesses, employees and owners don’t knock the product. When you order a burger at McDonald’s, the server doesn’t whine about the runaway price of pickles.

“Baseball is different. In baseball, knocking the product is a tradition. It happens every day, and it happens in ways that are subtle and, well, not so subtle… Baseball forgets that fans are interested in one thing and one thing only: the game.” 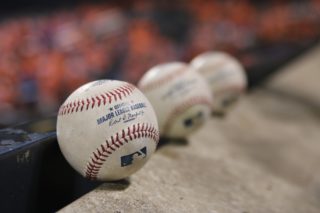 And in the years since the publishing of this book, especially with the preponderance of the internet and social media, things haven’t exactly gotten better even though they have changed. Realignment has happened yet again since that time and after the final out of the 2018 World Series the discussion of the length of the game has reared its head yet again…

“‘I definitely believe slow, dull games are keeping people away from the parks.’
That sounds familiar, doesn’t it? It seems as if you hear something like that a couple of times every week. ‘The game today takes too damn long.’

“But this quote was taken from The Sporting News in 1956. The man speaking was Cubs business manager Jim Gallagher, who was also a member of baseball’s rules committee. The quote was part of a front-page story forty-two years ago detailing ways that baseball could go about speeding up games. In fact, the American League had plans to institute a speed-up rule that year that would have limited each manager to one mound conference per pitcher per game.”

Now, for the 2019 season, there are limited mound visits, but from the book, I learned that we’ve been talking about a “pitch clock” for almost as long. But Miller isn’t just a purist, he’s a lover of the game which is why he ends the section about the “slow, dull game” with “The length of the game is not necessarily related to the quality of play–or your enjoyment of it.” 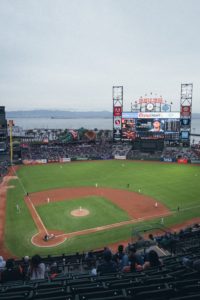 Okay, okay, perhaps I haven’t convinced you to read this book yet. Maybe you’re an Orioles fan or a Giants fan, two teams that featured his longest baseball tenures, and you were going to pick up the book anyway. Maybe you were a fan of his work with Joe Morgan on ESPN’s Sunday Night Baseball, or maybe you want to get into broadcasting yourself. Those are all good reasons, but one more is that I am not giving away everything. His descriptions and his reasonings come from someone within the game, that experience and expertise is well represented in these pages.

Two other amazing ideas that Miller puts forth in this book are worth mentioning, and they do go hand in hand. First, “To me, it’s a remarkable coincidence that the best teams are always the ones from 20 years ago. Win the World Series tomorrow, you’re a footnote to history; win the World Series in 1965, and you’re knocking on the door to immortality… In sports, athletes only get better. The Golden Age is now. Always.”

Don’t agree with that? Fine. Miller also writes, “Baseball is the best arguing game. If you’re passionate about baseball, you argue. It’s not even optional. Everything is a potential argument in baseball.” And it’s hard to argue with him there.

Miller sums up his book with something that doesn’t mean a lot to people who don’t like the game. For those who do, this is everything. Why baseball? “Baseball is good company. It’s everyday. It’s dependable. Baseball is like the friend you have for life. Baseball is a vacation from the real world, whenever you want it–fifteen minutes pouring over the box scores each morning provides a refreshing respite from the frantic pace of real life. A game on the radio, every day, whenever and wherever you want it–in the car, by the backyard barbecue, at the beach, on the night table beside your bed.”

Read the Secret File of technical information and quotes from Confessions of a Baseball Purist.

Whoever wants to reach a distant goal must take small steps.
Today it’s okay to make a few choices by going with your instincts.
Even a broken clock is right two times a day.
More Fortunes >