Jim Henson: The Biography is a Beacon of Positivity Just Like Jim 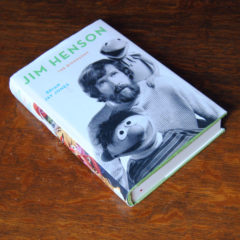 Jim Henson: The Biography by Brian Jay Jones is, like it’s eponymous subject, a beacon for all times and all people. The things Jim Henson created, the things he inspired, and the way he lived his life are all examples that there can be good in the world, and we don’t just have to receive it, we can enjoy it, share it, collaborate on it, and create it ourselves.

Sure he had a team behind him and a long list of talented collaborators, but Jim was the rare breed of dreamer and doer. And this biography follows every piece and mentions a lot of dreams, some you know, others that never came to anything. And the doing, so much doing. But he had reason to do all of the things…

As Henson is quoted “I don’t resent the long work time–I shouldn’t–I’m the one who set my life up this way–but I love to work. It’s the thing that I get the most satisfaction out of–and probably what I do best. Not that I don’t enjoy days off–I love vacations and loafing around. But I think much of the world has the wrong idea of working–it’s one of the good things in life–the feeling of accomplishment is more real and satisfying than finishing a good meal or looking at one’s accumulated wealth.” 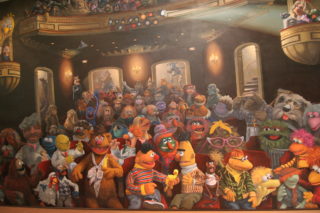 I grew up with Jim Henson. It may have been mostly in syndication, but The Muppet Show, Muppet Babies, Fraggle Rock, and Sesame Street were a part of my upbringing. So too were the films, Labyrinth, The Dark Crystal, and all of the Muppet films. But there is information into the origins for all of those things, and everything else Jim Henson did, and those origins at times go back much further than you would expect.

Now, of course, Jim Henson is no longer with us, and biographer Brian Jay Jones captured the end so beautifully, that I actually cried reading the chapter, which for me, is definitely one of the rare times that I was emotional reading a book that I knew the outcome to.

But it’s more than that. Jones has written a biography that is in itself as much a collaboration as any of Henson’s work. The quotes are bountiful, plentiful, wonderful, and come from friends, family, close collaborators, and everyone that was near Jim Henson.

But Jim Henson, is a beacon for all mediums. His philosophies should be taught in communication classes and filmmaking classes alike. “Always, then, the work had to matter–because to Jim, the world mattered”. “I know that it’s easier to portray a world that’s filled with cynicism and anger, where problems are solved with violence,” Jim once said. “What’s a whole lot tougher is to offer alternatives, to present other ways conflicts can be resolved, and to show that you can have a positive impact on your world. To do that, you have to put yourself out on a limb, take chances, and run the risk of being called a do-gooder.” 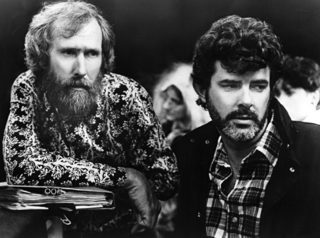 It’s what we grew up on, we should all know how to do it. But will we? That’s a question for another time, but for now, I can’t recommend Jim Henson: A Biography by Brian Jay Jones enough. And while you’re at it, Brian’s other work, George Lucas: A Life is also worth your time. Plus, the stories do overlap!

Read the Secret File of technical information and quotes from Jim Henson: The Biography.

Let’s finish this up now, someone is waiting for you on that.
Things are turning for the bright side.
Today it’s okay to make a few choices by going with your instincts.
More Fortunes >