It’s been more than two decades since I first read Jurassic Park. In that time, I’ve come to deeply love the original movie trilogy and the new series starring Chris Pratt and Bryce Dallas Howard.

But the thing is, this book is far more compelling than I remember, and it is quite odd to be placing different pieces of it in the different films in the original trilogy.

Because I now know the films so well, reading the book after all this time is like meeting the parents of a long-time friend for the first time and then starting to see where some of your pal’s idiosyncrasies come from. 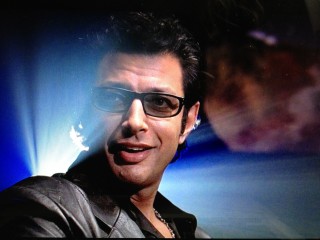 But let’s not get too far away from the point I want to make. Even before Jeff Goldblum signed on to be Ian Malcolm in the film and eventually the full franchise, he was the rock star and stand out in the book. Hands down, Malcolm has all the best lines and ideologies, and the character of Ian Malcolm in this book makes me want to be like him when I grow up. That’s all there is to it.

Well, actually there is more to it, but Malcolm and chaos theory rule the day. And while I enjoy Drs. Grant and Sattler, and it’s nice to remember that Gennaro wasn’t just a sniveling weaselly lawyer type, it’s amazing to think that with so much affection praised on the film, that the book is indeed better.

I understand that books are most often better than their moving picture counterparts, but for a film as beloved as Jurassic Park, you would think that the rewatchability, syndication, and all of the merchandising would cement the film as the standout version of the tale, but it doesn’t hold a single glowing, red flare to the novel.

While Crichton admits that some of the science may not be accurate, the book is remarkably poignant in its scathing view of university sciences, technological advancement, capitalism, and our view of change. 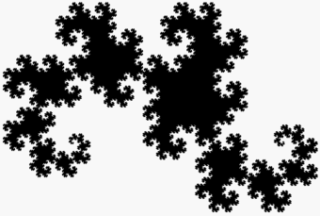 If I had reread this book at 17 or even before I graduated from college, it is possible I would have attempted to become a math major because it seems that’s where all the great philosophical debates now are. That’s based on a book that was released in November of 1990, not something from last week or even last decade.

Perhaps that’s what is scariest about Malcolm’s point of view. It hasn’t aged. Almost three decades from the book’s publishing date, it is becoming even more relevant, which is saying something.

Perhaps you are only familiar with Goldblum’s portrayal of Malcolm, which isn’t that far removed from the novel. Even more than the character’s detailed discussions on “could vs. should” and his dialog on scientific breakthrough as the inevitable rape of the natural world is this quote on givens: 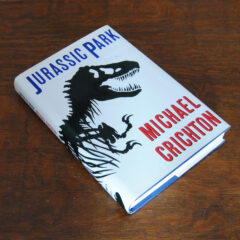 “We live in a world of frightful givens. It is given that you will behave like this, given that you will care about that. No one thinks about the givens. Isn’t it amazing? In the information society, nobody thinks. We expected to banish paper, but we actually banished thought.”

Yet, here we are. Since its publishing, the book has become a bestseller multiple times over, and those givens are as set today as they were more than 30 years ago when Crichton first wrote down those words in whatever draft of Jurassic Park they first appeared in.

Certainly, there is more to chaos theory than what we get from the CliffsNotes / fortune cookie wisdom of Malcolm in this book, but it’s all still food for thought when nothing has really changed…

Read the Secret File of technical information and quotes from Jurassic Park by Michael Crichton.

To let another into your heart, first let yourself in.
Look forward to great fortune and a new lease on life!
Things are turning for the bright side.
More Fortunes >