In a three network world, always be the Smothers Brothers Comedy Hour 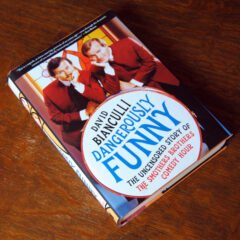 Today, the average content creator is likely to get “canceled” by either the right or the left because what they said was ideologically different.

The point is, Dangerously Funny: The Uncensored Story of “The Smothers Brothers Comedy Hour” by David Bianculli is more than a walk through a different time. With new trending topics every half hour today in an era that could well be defined as “Cancel Culture for Dummies,” this book is a stark reminder that while people don’t enjoy accounting for the things they say publicly, there was a time when they couldn’t say them at all.

The Smothers Brothers Comedy Hour was a prime time variety show. It wasn’t supposed to stand a chance in its timeslot. It wasn’t competition from the other networks but their poignancy and their irreverence that got them in a bit of hot water. Perhaps that’s putting it too simply, but this was a time when there were only three networks. You watched ABC, CBS, or NBC, and that was it.

The show was so far ahead of its time that it’s probably one of the most influential shows ever produced on network television. It’s why a “…crucial part of the brothers’ legacy: Pre-All in the Family, pre-Laugh In,” these are shows that would be following the path of topicality after the Smothers Brothers Comedy Hour did so. And it’s important to note that the Brothers “strove for topicality at the very time the networks were scrambling to avoid any whiff of it.” 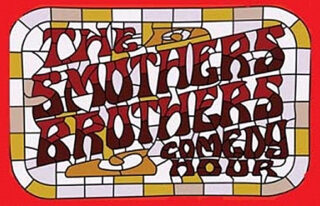 I did put this book down to find some clips, and what I found was that Bianculli did some amazing work translating the screen to the page. It’s not something that is easy to do, but since he describes the things that I can see so well and so authentically, I have no doubt the things he describes that aren’t on tape are similarly accurate.

This book came to my attention because I had been enjoying old episodes of Rowan & Martin’s Laugh-In. My parents suggested that I check out the Smothers Brothers, and my first thought was, I thought those guys were just squares?

That isn’t to say that Comedy Hour didn’t start out that way. When the show launched “with its humor, guest list, and high caliber of entertainment, it bridged the generation gap at a time when that gap was becoming a Grand Canyon-like chasm.” As it evolved, I realized I was very, very wrong.

More to that point, where I thought Laugh-In was edgy, even Laugh-In creator George Schlatter proves me wrong in this book stating, “Laugh-In was not a variety show. Laugh-In was a comedy show.” The difference between the two shows, Schlatter adds, “was that with the Smothers Brothers, you were aware of intent. We tried to not take a position as obviously as Tommy.”

This is why the Smothers Brothers Comedy Hour is responsible for The Daily Show as we know it, The Simpsons, Saturday Night Live, The West Wing, and many more shows. Tommy was once quoted as saying, “We stand out, because nothing else is being said. We’d be moderates anywhere else.” Well the litany of shows I just mentioned all had something to say, along with countless others, but Comedy Hour, as far as network TV is concerned, was really a pioneer in that space. 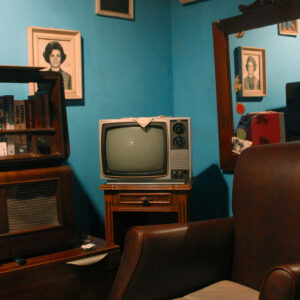 Bianculli finishes the book with quotes and stories from those in the generation that grew up inspired by or tuned in to the Smothers Brothers, watching it live on small TVs with their parents or siblings. This could in fact be another book I’d be interested in. There is only a smattering of these in the book, but it surely could be another title as their impact is almost immeasurable.

Remember to judge a show not by the fiercest reactions of pundits but by the character of their content as observed through your own eyes.

Even a broken clock is right two times a day.
Things are turning for the bright side.
You are interested in higher education, whether material or spiritual.
More Fortunes >