With City of Gold, these things all converge into a story that also reads like a mystery thriller. You’re introduced to many characters, and their relevance to the ongoing narrative ebbs and flows as the story continues on.

It feels like a slice of war mystery, the sort of slice of life ideal of what it’s like day to day in various positions and titles in the military on the Allied side of the war. This is all with the threat of “Rommel’s Spy” and his impending advancement on Cairo, and it’s as colourful as it is varied. 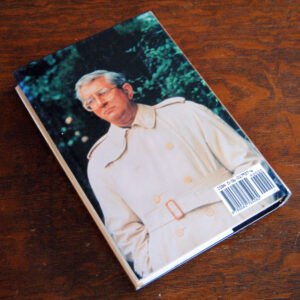 Len Deighton on the City of Gold back cover

It’s easy to get lost in that routine as Deighton spreads around the story like a thin layer of butter on the bread that is the North African portion of World War II. The characters we meet are of both military and civilian stock with their roles to play not only in the book but within their side’s respective battle plans.

To quote the novel’s journalist character, “There is a big story here: Arab nationalism, British colonialism, the Jewish homeland, and Nazi expansionism. Everybody fighting everybody. I’d say this story could run and run.”

Because it’s Deighton, and because I’ve been reading through his bibliography in publishing order, I can state that his details are impeccably accurate in the factual pieces that surround this fiction. I know that because I learned most of those facts about the war and the strategy, most notably, from Blood, Tears and Folly.

This is not Deighton’s first fiction based around World War II. Unlike Goodbye Mickey Mouse, this is a story that is told through the average lives of a cast of characters, not just a few main actors.

This story excels in those details. The soldiers, the spies, the bureaucrats and generals, the rebels, the thieves, and the civilians all have their parts to play. That’s not even taking into consideration the many sides that exist, as history will show the Allied Forces were a collection of many sides fighting the same enemy while also arguing over their meals. 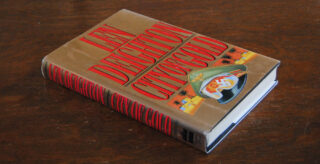 This book is a great example of something that I’ve inferred from the histories I have read. The Battle of Britain may have turned the tide for the Allied victory but it was the desert where the Allieds’ really achieved it.

The chaos in which victory’s seeds were sown are on full display in City of Gold. For fans of history, this is must-read fiction. My favorite part is how, at points, each character gets a chance to describe Cairo, the city that binds this book together. Some call it the City of Gold, and others have far less glamorous names and metaphors for it.

Read the Secret File of technical information and quotes from City of Gold by Len Deighton.

Fame and fortune are coming your way.
Even a broken clock is right two times a day.
Nothing in the world can take the place of persistence.
More Fortunes >