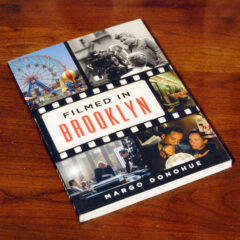 I had personally heard of Vitagraph before reading Filmed in Brooklyn, but I didn’t know that “Vitagraph was successful in silent films because so much pantomime was needed to communicate between people and departments. It did not feel silly to make exaggerated faces or gestures all day long, both on and off camera, to get through a day’s work.”

Given what I know about immigration and the origins of Hollywood it makes sense. But you know what? I want to know more. [Insert your Starship Troopers references here, movielovers]

I want to know more, and this book is at fault. I want to know more about early Hollywood, the parts that were in effect creating moving pictures all along the East Coast before Hollywood became what we know it as today. I also added movies to my watch list because of this book. After all, if you read something like this and you aren’t already a total cinephile, there are probably more than a handful of movies that are mentioned.

Above all, the thing that bleeds through the page is Donohue’s love of her home. The author’s section starts with “Margo Donohue is a longtime Brooklynite who comes by way of the West Coast via San Jose State University.” While I love my home, of which I am not a transplant but rather returned to later in life, I don’t know that I love my hometown as much as Margo loves Brooklyn. 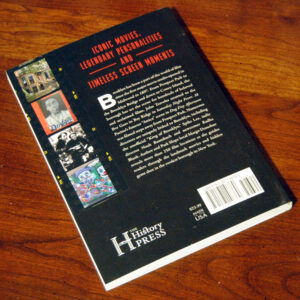 Simply, this is Margo’s love letter to Brooklyn and her media love of the entertainment industry. It’s also a travelog, not just for those who want to see where this scene was shot or that movie was filmed, but for Brooklyn as a whole. Along the journey, Donohue adds in where you can get a great hot dog, another great bite to eat, and which restaurant is amazing. Hidden in this love letter to Brooklyn’s film history is a local’s “Best Of” guide, and most of it can be done on a budget with a sturdy pair of walking shoes.

Buy this book for your film fanatics, but also buy it for your adventurous advocate so that when they land in Brooklyn they know what to do. It’s a really good source of films that are generally great, but it also includes some independent and unknown titles that might be worth checking out.

The point is that this book is for more than just film junkies, so it’s probably a safe gift for almost anyone you can think of.

Nothing in the world can take the place of persistence.
A difference, to be a difference, must make a difference.
Sharing little joys offer great hope to others.
More Fortunes >