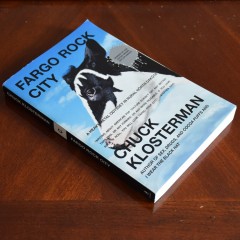 I have finally read Chuck Klosterman’s debut book, Fargo Rocks City and it was everything I thought it would be.

I understand that as a fan of Klosterman’s work, it is a bit odd that I picked up his sophomore effort Sex, Drugs, and Cocoa Puffs: A Low Culture Manifesto and then went on to read and own every other book he has published, save for his debut.

Well, I have remedied that mistake and his debut is on par with the wit and pop culture furnishings that I’ve become accustomed to.

The back cover touts:

“Empirically proving that—no matter where you are—kids wanna rock, this is Chuck Klosterman’s classic memoir of growing up as a shameless metalhead in Wyndmere, North Dakota (population: 498).” 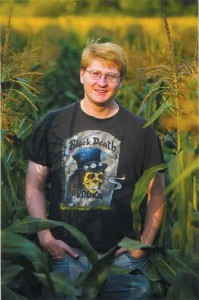 But in truth it’s not just about growing up in Wyndmere or heavy metal.  It’s about the culture ebbs and flows of music and growing up past his Wyndmere days through the sonic prowess of 1980’s heavy metal and beyond.

I may be a bit younger than Klosterman, but he speaks to me and even if you’re much younger or older than either of us, inclination for heavy metal not required, there will be something within this tome that will resonate with you.

“Commercial success does not legitimize musical consequence, but it does legitimize cultural consequence.” And Klosterman should know, he’s a bit of a pop culturist. Which should be apparent to anyone who has read any of his other works or essays.

But it’s not just pop culture and the music that he grew up with. His thoughts on perception, “which is the tool we all use to build the context for our lives,” is far and away the best quote this side of a Galaxy, Far, Far Away, where Obi-Wan Kenobi said, “you will find that many of the truths we cling to depend greatly on our own point of view.”

And speaking of Star Wars, where opposite Obi-Wan was Darth Vader and the Dark Side, it appears that in hindsight, Klosterman teased his latest book I Wear the Black Hat: Grappling with Villains (Real & Imagined), in his debut effort with “it’s naive and irrational to expect a world where everyone is enlightened (there cannot be light without darkness), so we always need some definitive heroes and villains. Someone has to wear the white hats and someone has to wear the (back in) black hats.” 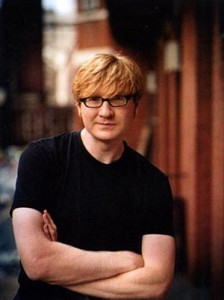 So let’s get back to the matter at hand. Fargo Rocks City is great, but why? For that you must look to the epilogue in the paperback version. (By the way, all Klosterman’s paperbacks have added content, not included in the first hardcover printing.) In the epilogue he states,

“The one thing I wanted to show with Fargo Rocks City is that pop music doesn’t matter for what it is; it matters for what it does. The greatest thing about rock ‘n’ roll is that it’s an art form where the audience is more important than the art itself.”

And he did that. Through his knowledge of music, pop culture, and the memoir sections of this book, exposing his world as a fan of the music he grew up with through his own eyes and the experiences surround releases of new music, or at least his discovery of music new to him.

Referencing the back cover one last time:

“With a voice like Ace Frehley’s guitar, Klosterman hacks his way through hair-band history, beginning with that fateful day in 1983 when his older brother brought home Mötley Crüe’s Shout at the Devil. The fifth-grade Chuck wasn’t quite ready to rock—his hair was too short and his farm was too quiet—but he still found a way to bang his nappy little head. Before the journey was over, he would slow-dance to Poison, sleep innocently beneath satanic pentagrams, lust for Lita Ford, and get ridiculously intellectual about Guns N’ Roses. C’mon and feel his noize.” 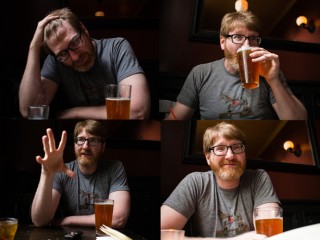 Feel his noize and his knowledge. Whether you like metal or not, Klosterman’s understanding of music history throughout the 1980’s especially within the concept of metal, is not only educational, but insightful to boot.

If you like 1980’s metal, cultural reflection, or Chuck Klosterman and haven’t read this book yet, why not? I’ve already suggested it as reading material to five different people and that was before I had even finished reading it. And now I suggest you seek out this book and read it for yourself as well.

Lastly, two more things. The running joke about finishing this book before the release of the long awaited Guns ‘N Roses album, Chinese Democracy is great. Even the reprint was published before the November 2008 release of that long awaited album. As for the title, it’s mentioned in the Epilogue that Klosterman was contemplating naming the book “Appetite for Deconstruction,” which I agree he should have gone with because there is a lot more GNR content in the book than there references to KISS.

The path of life shall lead upwards for you.
Nothing in the world can take the place of persistence.
Sharing little joys offer great hope to others.
More Fortunes >