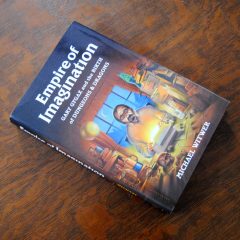 The author of this book takes a novel approach to the telling of Gygax’s life story by making a narrative out of it. “While the story’s narrative is based on an extensive research and interview process, I have also used a bit of imagination and informed judgment to fill in gaps of this dynamic yet largely unknown story, making it as complete and cohesive as possible. Out of respect for those who were present at the time of these events, I feel it is important to reiterate that great lengths were taken to be as factually accurate as possible, but I also believe the dramatic aspect of the narrative is fully in line with detailing a remarkable life such as Gary’s.”

And while the narrative has a slightly made-for-tv feel, at its core Gygax’s origins are not that dissimilar to others now in the geek pantheon with him like Gates, Jobs, Wozniak, and Shannon. While all of them share in the popularization of geek culture, Gygax stands alone as the “King of the Geeks.” 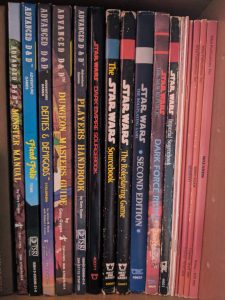 Personally, this book was a journey through my own past once it got to the point of the release of AD&D. There are too many name-dropped games that I have partaken in for it to be anything other than a remembrance of the gamer I was, and still am at heart, and a lot of that was either directly or indirectly because of Gary Gygax which is why those games were mentioned in this book in the first place.

I started with Magic: The Gathering from Wizards of the Coast, which would eventually own Tactical Studies Rules (TSR), the company Gygax founded with Don Kaye and Brian Blume, for the release of Dungeons & Dragons. I then played D&D and for me, the journey continued with TSR’s own collectible card game (CCG) Spellfire, as well as countless other CCGs.

There were other RPGs as well, notable West End Games Star Wars series and then there were the computer games like Doom and Quake, Warcraft II: Tides of Darkness and Diablo. All of which have some inspiration and/or lineage to Gygax’s seminal masterpiece in D&D.

To go on this journey as I read the book narratively detailing the rise and fall and reemergence of Gary Gygax was a pleasure to be sure, but to get to know Gygax was the main thrill.

As a teen, Gygax “was a small-town “bad boy” who clearly marched to the beat of his own drummer and appeared to have no future.” And of course, he was brilliant and uninspired within the classroom, like so many of us.

But to learn that Gary disliked Tolkien was a bit of an eye-opener, contrary to the idea that “the discomfort of sleep deprivation was a very familiar feeling for Gary” which seems obvious to many self-described geeks and nerds, especially those who are gamers.

TSR, in the “good old days” when it was run by Gary was very much the company we all very much want to work for “TSR employees and executives so frequently utilized this gaming haven that it was well accepted that at least 5 percent of the interoffice mail traffic was related to employees’ ongoing games. To be sure, this was a gaming company run for gamers by gamers.”

And still, two other contrarian parts of Gygax are described in this book. A proficient writer, Gygax said “I write mainly because I have so much information inside I just have to . . . The main ‘no-no’ I have is not to ignore an urge to write. Ideas are ephemeral, slip away too quickly, so when the muse is there go like hell.” Yet he wasn’t great on the keyboard “as Gary always had been a clumsy and fat-fingered keyboardist–a self-described ‘Columbus Method typist . . . discover and land!’”

This book also does a wonderful job ad cataloging the D&D backlash from the media of which Gary is quoted as saying “In many ways I still resent the wretched yellow journalism that was clearly evident in (the media’s) treatment of the game” And while the rise of the geek is still in its glory, there are still stories of D&D and other games that still face the same battles of negative press. I guess at the end of the day, you either get gaming or you fear it. 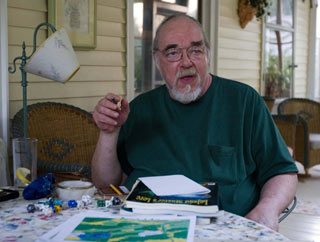 In the end “this self-described ‘risk-taking, Camel-straight-smoking, nonconformist who loved gaming but wasn’t averse to hanging out in a biker bar had accomplished great things–remarkable things. He had invented an entire industry that had, in many ways, sparked a revolution of creativity and imagination.”

This book, Empire of Imagination is about Gary Gygax to be sure, but it is also about following your inspiration and overcoming all of the obstacles that life throws at you, much like a Dungeon Master with a vendetta. But you roll the die, you deal with the consequences, and you move on.

Michael Witwer has written a magnificent book that appears to capture the essence of it’s subject Gary Gygax, and for that reason, it is a book I would highly recommend to any geek or gamer, because in some way, Gygax the King of Geeks has at least in a small way influenced the things you love.

Read the Secret File of technical information and quotes from Empire of Imagination: The Life and Legacy of Gary Gygax.

Good clothes open many doors. Go Shopping.
Look forward to great fortune and a new lease on life!
The path of life shall lead upwards for you.
More Fortunes >