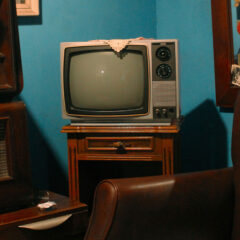 I have been watching and listening to other things as well, plus my regular podcast habit (with a few new ones I’ll be mentioning), and my reading, means that there is literally always something to consume.

So let’s get into it. On the small screen, I have recently streamed and enjoyed three very different shows; Loki on Disney+, Masters of the Universe on Netflix, and Virgin River on Netflix.

Loki
Coming on the heels of WandaVision and Falcon & The Winter Soldier, Loki more than any of the other two, sets itself up as a launching point for the next phase of the Marvel Cinematic Universe. It’s unfortunate that it took me 4 episodes into the 6 episode series to get invested, but as a fan of the larger Universe, you’re probably watching it anyway. Great performances all around and perhaps the best of the three shows, because personally, I wanted more of the television spoofs from WandaVision. 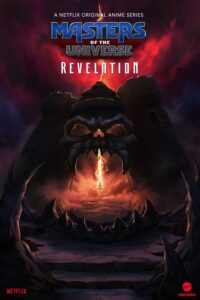 Masters of the Universe: Revelation
If you haven’t heard, there’s a new Masters of the Universe cartoon, and it pays so much tribute to the original that you may want to sit on the floor with some cereal while you watch. Now, there has been some backlash about the direction of Part I, but this seems more or less just a way for trolls to let off some steam. There are next to no modern remakes that certain fanatics love, even if they are well done, like 2011’s ThunderCats redo. Woke is just a way to have them trash something that they are afraid to like. At least since every argument against it is the same, that’s my point of view.

Virgin River
The trailer for Virgin River played while I was doing something and what caught my eye was Otter as the grumpy old doctor. Yes, I still refer to Tim Matheson as Otter every time I see him, and he is wonderful in his supporting role in this show. It’s based on a series of books I don’t have much interest in, but the show is well written as a Gilmore Girls meets Breaking Bad type Hallmark movie. I don’t take it too seriously and there’s usually something entertaining in every episode. I’m only part of the way through Season Two so far, but it’s more of the same. And as a fan of storytelling, I absolutely adore the idea that the flashbacks for different characters are spread out throughout the show, so you never get more than the information you need, perhaps even less. It’s a story tactic that I think needs to be used more often in all mediums.

Empires SMP
I have started to watch Empires SMP because of Twitch streamer/YouTuber Pixlriffs and I have to make an apology. First, let me explain that SMP stands for Survival Multiplayer in regards to Minecraft, and for Empires, it’s a collection of content creators who create episodic POV videos of their respective Empire’s as well as their allies and enemies.

The apology is more of an understanding of how deeply addicted my friend Wicked Theory aka Bill got into the GTA RPG NoPixel, which is very similar. I get it Bill, I get it.

Now some of the content creator personalities on Empires SMP I already knew. Pixlriffs, I’ve been watching his videos and using some of his Minecraft designs and tutorials, as well as fellow Empires SMP personality MythicalSausage.

And as a result of this, I have watched videos from almost everyone else on the server, and while I have my favorites, it’s like watching a soap opera, again, Bill, I get it.

But of course, I do still love a good podcast, and there are three new ones that I have recently subscribed to that I’d like to tell you about; Indie Podcaster, Rook’s Corner, and A Bintel Brief. 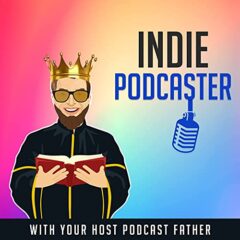 Indie Podcaster
Hosted by Podcast Father, the premise isn’t hard to ascertain from the title. It’s about independent podcasting. Big, small, successful, passionate, there’s a long long list of independent podcasters and those involved in it, even as corporate and professional podcasting starts to emerge. If you want to hear passionate audio creatives talk about their process and the industry, this show is one you should check out.

Rook’s Corner
Guess who’s back at the microphone again? Diamond Dave is co-hosting with Rook in a show that discusses history in relation to today, yesterday, and tomorrow. It’ll engage your brain, and you should listen and engage with them.

A Bintel Brief: The Jewish Advice Podcast
“In 1906, the Forward started A Bintel Brief, Yiddish for ‘A Bundle of Letters.’” Now, The Forward has brought A Bintel Brief into the audio medium as a podcast with two very different Jewish mothers, dishing on dilemmas and doling out advice.

Sharing little joys offer great hope to others.
Courtesy is the password to safety.
Even a broken clock is right two times a day.
More Fortunes >