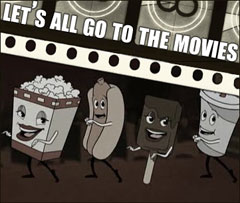 In chronological order the first movie up is The LEGO Movie coming out on February 7th. Why The LEGO Movie? Because I played with LEGOs as a child and that should be enough of a reason. Also, I’m rooting for old school spaceman or race car driver to make appearances (fingers crossed).

On February 12th one of the 1980s best gets rebooted! Of course, I’m talking about RoboCop. Not sure about what technological advances will do to the plot, but the suit looks good and the cast which includes Samuel L. Jackson, Gary Oldman and Michael Keaton, is amazing.

March’s first movie on the list roars in on the 7th and it’s a blast from the past! Remember The Rocky & Bullwinkle Show? No they’re not remaking that again, but they are taking our favorite time travelling duo Peabody and Sherman back to the big screen in Mr. Peabody & Sherman. It’s one of the few on this list we might convince our parents or kids to see with us.

On the second week of March we get to see what a crowd-sourced movie looks like when the fan funded and social media resurrected Veronica Mars movies gets released. It seems like the whole cast is back and I hope the movie is good. I hope it’s everything the fans are looking for, because this doesn’t need to be a blockbuster, but it does need to appease it’s crowd of funders… Or at least it should aim to do that. The backlash for this film to do poorly could be felt on kickstarter, so there’s a bit more riding on this that just, “is it good?”

March 21st, Muppets Most Wanted and hopefully the second of what will be many more Muppet films. The 2011 movie was their revival and this should be a good continuation, somewhat in the vein of the Great Muppet Caper. Then more movies, because if there is one thing the world needs more of, its Muppets!

On March 28th, the fourth and final movie I’m looking forward to in March comes out, Bad Words. The description is “A spelling bee loser sets out to exact revenge by finding a loophole and attempting to win as an adult.” And it stars Jason Bateman, so it should be a hit. I know it did well on the film festival circuit in 2013, so we’ll see how that translates to the mass market.

On April 4th, fifteen days after the first day of Spring (March 20th) comes Captain America: The Winter Soldier and the continuation of the Marvel Cinematic Universe. This looks to be an Agents of S.H.I.E.L.D. / Captain America hybrid, at least in the trailer the Captain looks more Agent than superhero, but either way, I can’t wait to see it. Also, I think I’ve established how much I enjoy Agents of S.H.I.E.L.D.

Moving on to the sixteenth day in May which has my attention, because Godzilla! I can and will only say this, the technology that brought us dinosaurs in Jurassic Park, all the way back in 1993, has come a very long way to creating a believable dragon in The Hobbit: The Desolation of Smaug and that technology keeps getting better and better. Godzilla will be something to see.

May ends with another lizard of sorts. On the 30th of May, Maleficent gets to tell her side of Sleeping Beauty or at least that is what I’ve been led to believe. Maleficent is Sleeping Beauty as told from her perspective. Let’s hope it doesn’t end without letting the dragon out for a little air. I did guest post for Jason Zapata, writing in his Villain of the Month series, featuring Maleficent, as she is my favorite Disney Villain. Seriously, what is not to like?

August 1st and the Marvel Cinematic Universe keeps rolling along with Guardians of the Galaxy. I’m not sure how this will tie in, but all rumors to date say this could be a setup for the big battle with Thanos for Avengers 3 down the line. Regardless of what it sets up and how it fits in, I’m sure they’ll do well, as Marvel’s movie track record is pretty solid.

The following week, on August 8th, another 1980’s classic gets rebooted with Teenage Mutant Ninja Turtles. Michael Bay is moving from robots in disguise to ninja turtles, so I could say something about expecting big explosions, but I’m really just curious as to what these computer generated turtles will look like.

Fantasy, science fiction and reboots can take a rest because on August 15th the mother of all shoot’em up series returns with the Expendables 3. And as the cast list for Expendables 2 was bigger than the first, the third installment promises even more star power adding Wesley Snipes and Harrison Ford to the bill this time around. Hold on tight for a lot of destruction, it doesn’t promise to be the best movie of the year, just a good time. 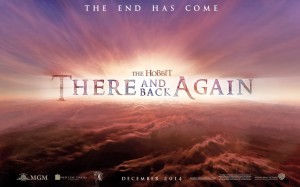 On November 7th, prepare to travel like you’ve never traveled before with Interstellar. “A group of explorers make use of a newly discovered wormhole to surpass the limitations on human space travel and conquer the vast distances involved in an interstellar voyage.” It’s good that this movie is in November as it gives us all plenty of time to brush up on our Physics.

The year ends much like the last two years have ended, with The Hobbit: There and Back Again, which was then renamed The Hobbit: The Battle of Five Armies, on December 17th. What to expect as the last cinematic piece of Peter Jackson’s Middle Earth hits the screen and bridges the gap from The Hobbit to The Lord of the Rings? I don’t know, the movie has to finish The Hobbit story and then well, what will we do? I’m not sure there’s much left but to wait for all The Hobbit extended additions and do one extremely long movie marathon.

Things are turning for the bright side.
You are interested in higher education, whether material or spiritual.
Fame and fortune are coming your way.
More Fortunes >